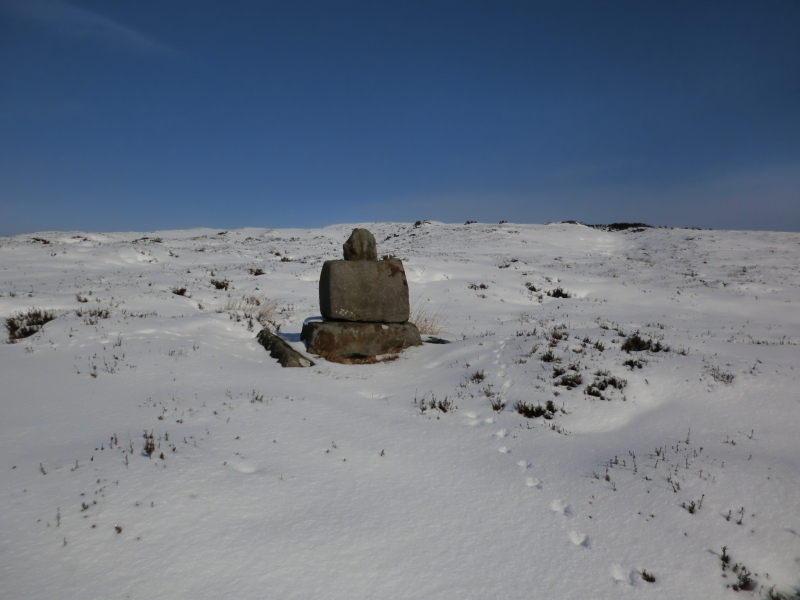 The monument includes a wayside cross known as Stump Cross on Beacon Hill,
Danby. The cross stands beside two late medieval trackways, called the
Stonegate, which runs past the cross from the village called Stonegate to
Danby Beacon, and the Leavergate which runs from the beacon towards Easington.

The cross, which is also a Listed Building Grade II, consists of a cross base
on a cradle of long stones with a broken portion of the original shaft
inserted in the socket. The cradle is formed from three stones of local fine
gritstone laid in three sides of a square. The northerly stone measures 0.84m
long and about 0.3m thick; the western stone is 0.2m long and 0.35m thick; the
eastern stone is 1.35m long and 0.4m thick. On top of this cradle is a stone
which tapers slightly from 0.78m to 0.64m on the north side and 0.61m at the
base to 0.61m on the east side. The height is 0.26m. On top of this
construction is the cross base which is a gritstone block measuring 0.64m on
the north side by 0.62m on the east side and stands 0.45m high.
The socket hole is 0.28m by 0.25m and it holds a roughly broken stone 0.25m
by 0.21m by 0.43m.

The cradle, the stone block and the cross base are included in the scheduling.

The Stump Cross wayside cross survives well in spite of being elevated on an
eccentric platform. It is in its original position beside two late medieval
trackways, the Stonegate and the Leavergate.