Bowl barrow known as Brown Rigg Howe on Beacon Hill, Danby, together with a searchlight emplacement upon it 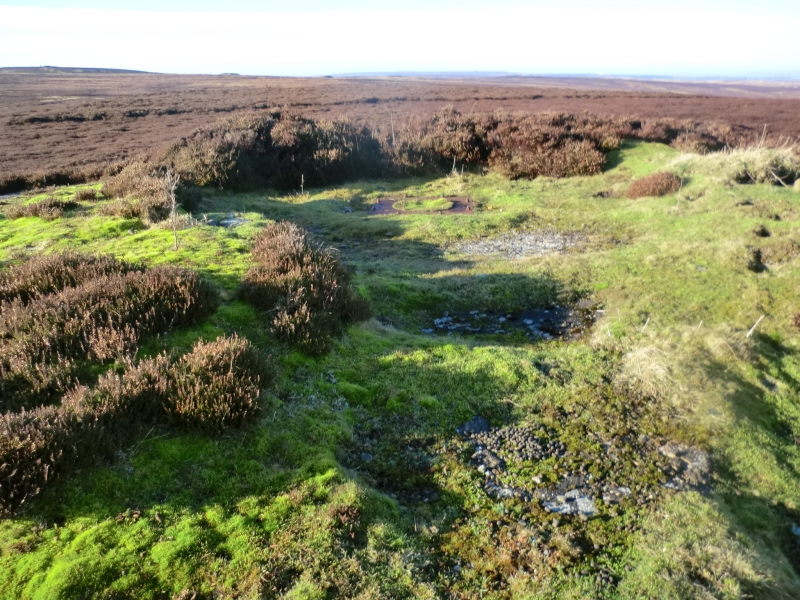 Entry Name: Bowl barrow known as Brown Rigg Howe on Beacon Hill, Danby, together with a searchlight emplacement upon it

The monument includes a bowl barrow known as Brown Rigg Howe on Beacon
Hill, Danby. Inserted into the top of the mound is a World War II searchlight
emplacement.

The barrow mound stands 1.5m high and measures 16m in diameter. It was
constructed of earth and stone. Inserted into the top of the mound is a
concrete platform, still visible beneath the overgrowth on the south east side
and a metal plate bolted into it in the centre 0.9m square. Four triangular
plates at each quadrant, 1m from this plate, are the foundations for a
circular monorail which is now missing.

The bowl barrow known as Brown Rigg Howe survives well in spite of the
intrusion of the concrete emplacement on its top. The concrete offers good
protection for the remains below.