Round barrow on the summit of Brown Hill 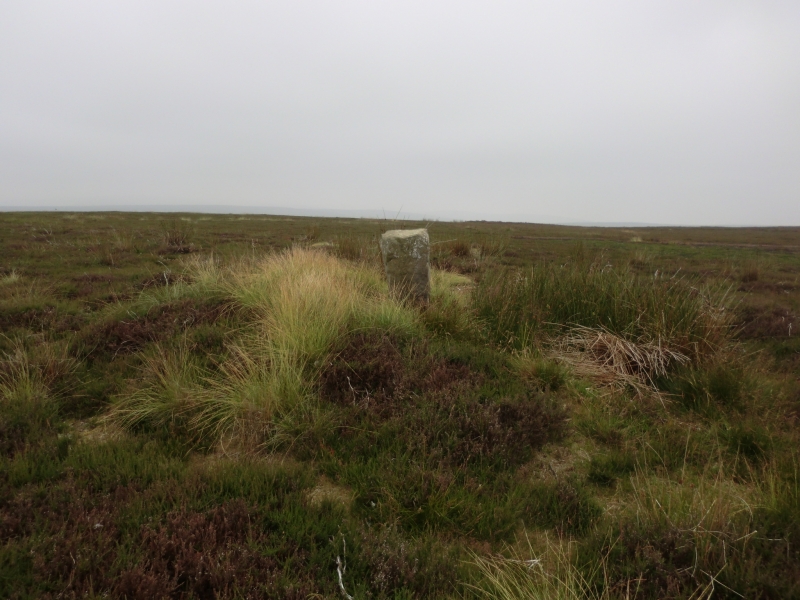 Entry Name: Round barrow on the summit of Brown Hill

The monument includes the buried and earthwork remains of a prehistoric burial
mound sited on the boundary between North Yorkshire and Redcar and Cleveland,
on the summit of Brown Hill which forms the southern side of Moorsholm Moor.
It lies towards the centre of a line of at least 11 round barrows which are
spread along the ridge from Stanghowe Moor in the north west to the barrows on
Three Howes Rigg 1km to the south east, the whole line extending for just over
3km.

The barrow on Brown Hill is prominently sited, on the south eastern side of
the small plateaux which forms the summit of the hill. It is 13m in diameter
standing up to 0.6m high with a central depression 2m across and a boundary
stone 1m to the south west of the centre of the mound, which is included in
the scheduling.

Excavation of other barrows has shown that shallow ditches immediately
encircling the mounds are common, normally surviving as infilled features
rather than as earthworks. The infill of these ditches will also contain
valuable information about changes in the local environment from the Bronze
Age onwards.

Excavation of round barrows in the region have shown that they demonstrate a
very wide range of burial rites from simple scatters of cremated material to
coffin inhumations and cremations contained in urns, typically dating to the
Bronze Age. A common factor is that barrows were normally used for more than
one burial and that the primary burial was frequently on or below the original
ground surface, often with secondary burials located within the body of the
mound. The majority of round barrows in the region were dug into by 19th
century antiquarians in search of burials and artefacts, leaving behind a
central depression as evidence of their work. However, excavations in the
latter half of the 20th century have shown that round barrows typically
contain archaeological information that survives earlier digging. Sometimes a
secondary burial was mistaken for the primary burial which was the usual goal
of the antiquarian. Even when the primary burial has been excavated, further
secondary burials often survive in the undisturbed surrounding part of the
mound. Additional valuable information about the mound's construction and the
local environment at the time of its construction will also survive
antiquarian excavation.

Despite some earlier disturbance, the round barrow on the summit Brown Hill
survives reasonably well and will retain significant archaeological remains.