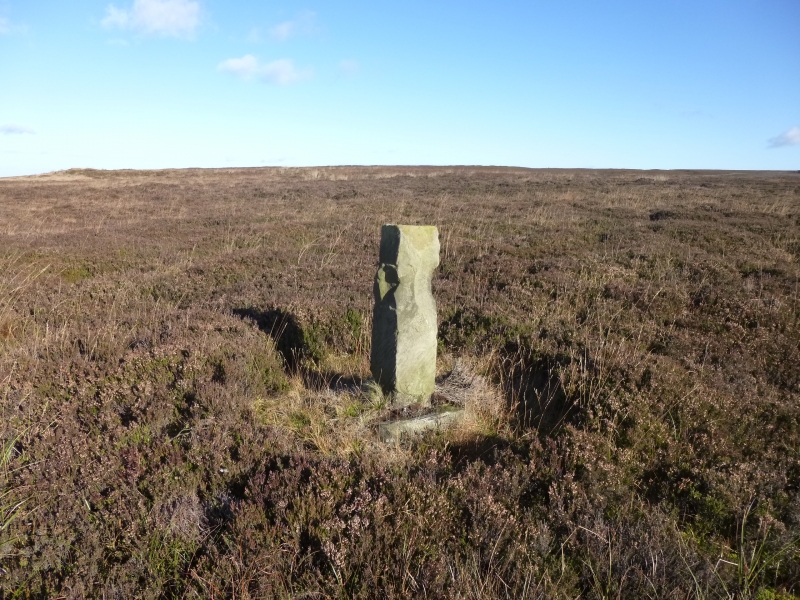 The monument includes a cross base and truncated cross shaft situated on Danby
Low Moor. The cross marks the old road from White Cross, Commondale, to High
Thorn to the north east. It stands 30m from the present track which is also
the line of the district boundary.

The cross base is a badly eroded block of local banded gritstone. It measures
0.59m by 0.56m and stands 0.12m high. The shaft is of a different gritstone
and is squared in section measuring 0.26m on each side. It stands 0.96m high.
The shaft was originally dressed in a herringbone pattern and thus shows a
date of manufacture in the post-medieval period. There appear to have been
arms on the cross at the top of the shaft. These have been snapped off leaving
clear scars on the north and south sides.

The wayside cross called Job Cross stands in its original position beside an
old trackway which has now sunk into the peat. It serves to give insight into
the management of the medieval landscape and the piety expected of early
travellers.