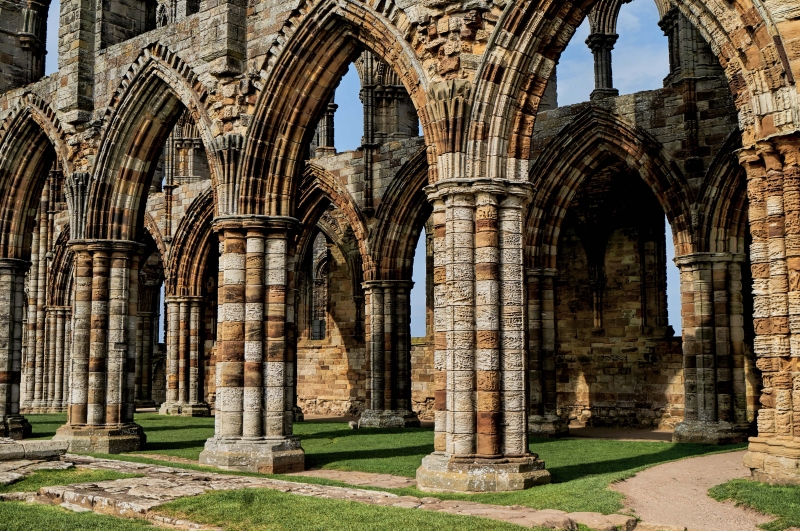 A pre-Conquest double house is a settlement built before the Norman Conquest
to house a community of religious men and women. Its main buildings were
constructed to provide facilities for worship, accommodation and subsistence.
They included a series of timber halls and perhaps a stone church, all located
within some form of enclosure. Those sites which have been excavated indicate
that no standard layout of buildings was in use. Rather a great diversity
in building form, construction, arrangement and function is evident. The
earliest English double houses were founded in the seventh century when the
idea of such communities spread to Kent from Merovingian Gaul. By the ninth
century most, if not all, had ceased to function, being replaced by the
increasingly popular single sex communities. Pre-Conquest double houses are
a very rare monument class, only 33 examples having been recognised from
documentary sources. Few of these have been studied in any detail and the
exact location of many is as yet unknown. Only 6 sites have been examined by
excavation. The majority of known examples are located in Kent and
Northumbria, although this largely reflects that these areas are well
documented for the early historic period. Other sites are likely to have
existed in less well documented areas of the country. They are one of the
first types of religious community to be established in Anglo-Saxon England
and are therefore of considerable importance for any analysis of the
introduction of Christianity into the country. All examples exhibiting
survival of archaeological remains will therefore be identified as nationally
important.

Whitby was one of the earliest religious houses to be established in Northern
England. Documentary evidence indicates that it played a major and crucial
role in the development of Christianity in Anglo-Saxon England. Extensive
remains of this early foundation are known to survive beneath the present
ground surface and abbey ruins. Subsequently the site became a wealthy
Benedictine monastery the remains of which also survive well either as
upstanding ruins, earthworks or buried features. Additionally the site
preserves remains of activity both pre- and post-dating its religious use,
allowing investigation of its changing use over 1500 years.