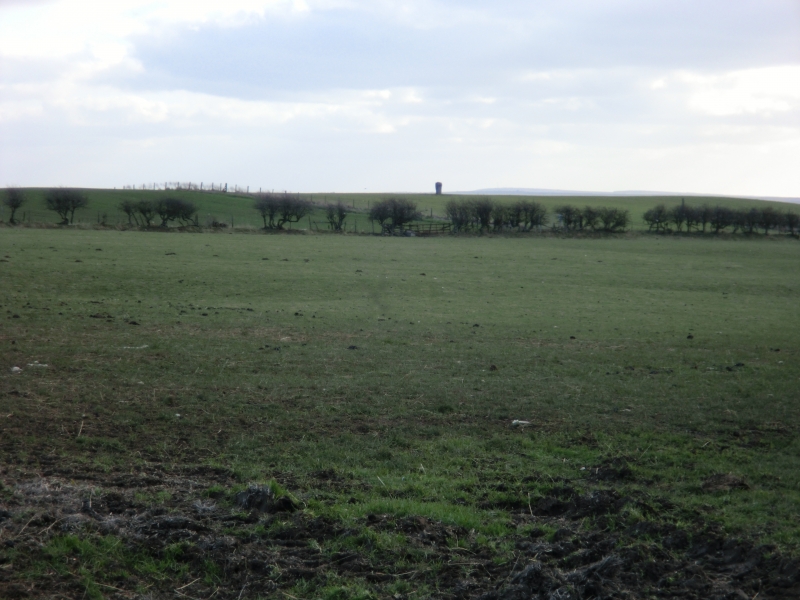 The monument includes a standing stone situated in a prominent position on a
ridge at the north edge of the North York Moors.
The standing stone is roughly cut into a rectangular shape which leans very
slightly to the north. It stands up to 2m high and measures up to 0.75m by
0.6m in section. The top of the stone is weathered. The stone stands in the
centre of a hollow up to 3m across and 0.3m deep which has been eroded by
stock. Several small and medium sized stones are visible in the hollow and
these would have been part of the packing around the standing stone to support
it when it was set in the ground. Small scale excavation in the early 1900s to
the immediate east of the standing stone uncovered a later burial accompanied
by an iron spearhead, interpreted as Anglian in date.
The standing stone is situated in an area which includes many prehistoric
burial monuments as well as further standing stones.

Despite limited disturbance the standing stone 470m north east of High Farm,
known as Wade's Stone, survives well. Significant information about the
construction of the monument and the nature of the rituals associated with its
use will be preserved within the stone socket and surrounding area. The
standing stone lies in an area where there is a concentration of prehistoric
burial monuments as well as further standing stones. Associated groups of
monuments such as this offer scope for the study of developing ritual practice
during the prehistoric period. This stone is particularly important because of
its prominence in the landscape and because of its continued focus for ritual
activity beyond the prehistoric period.