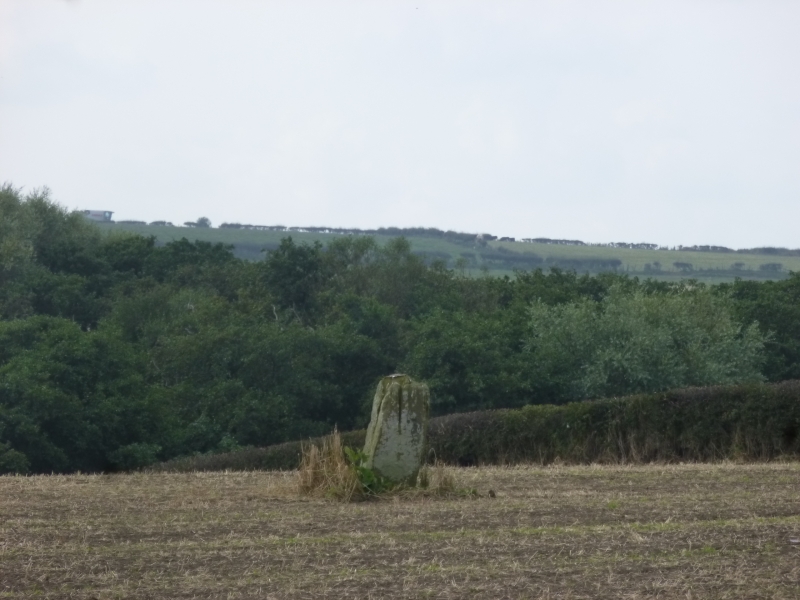 The monument includes a standing stone situated on a level natural eminence at
the north edge of the North York Moors.
The standing stone is roughly cut into a rectangular shape which tapers
slightly towards the top and leans a little to the north west. It stands up to
1.5m high and measures up to 0.7m by 0.5m in section. The top of the stone is
weathered and has several deeply worn grooves. On the south face the letters
JS and ES have been inscribed.
The standing stone was originally one of two, but the second no longer
survives. It stands in an area which includes many prehistoric burial
monuments.

The standing stone on Brockrigg known as Wade's Stone, 420m south east of
Brockrigg Farm is in a good state of preservation. Archaeological deposits
within the stone socket and surrounding area will survive intact and will
provide important evidence for the construction of the monument and the nature
of the rituals associated with its use. The standing stone lies in an area
where there is a concentration of prehistoric burial monuments as well as
further standing stones. Associated groups of monuments such as this offer
scope for the study of developing ritual practice during the prehistoric
period.