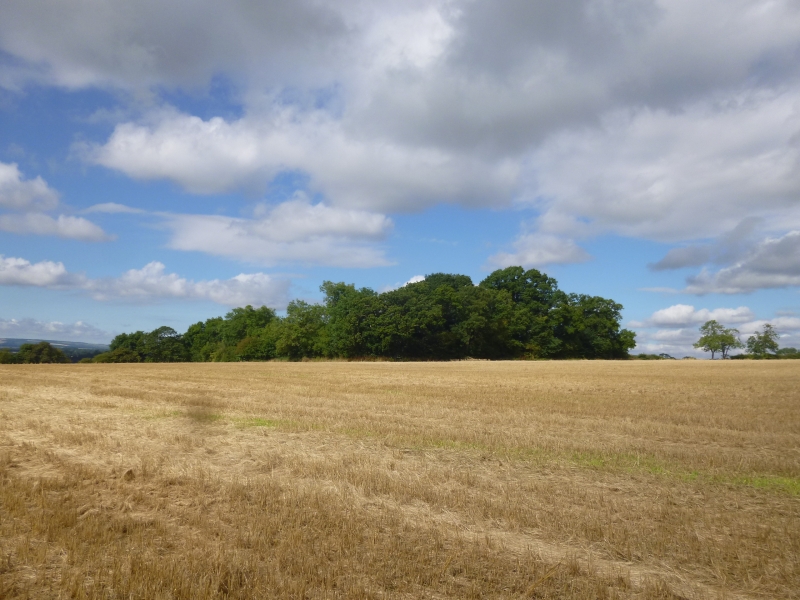 The monument includes the remains of the moated manor house site on Vivers
Hill, overlooking the church and centre of Kirbymoorside. The scheduling
includes all earthwork remains of the moat with associated banking, together
with the terraced island with buried remains of the house and associated
features. The earthwork remains of the 19th century reservoir, which lies
adjacent to the north west, are not included in the scheduling.
The moated manor house site known as Vivers Hill Castle was inhabited by the
Stuteville family by 1200. From this date, the ownership of the manor of
Kirbymoorside (which included Farndale, Bransdale and Gillamoor) is well
documented, changing ownership a number of times. In the early 15th century,
ownership passed to the Neville family who owned a hunting lodge sited 0.5km
to the north west (Neville's Castle, which is the subject of a separate
scheduling). However it is believed that the manor on Vivers Hill had been
abandoned in favour of this new site before the 15th century.
The monument is sited on a hillside just below the spring line. The moat is a
well preserved earthwork with a ditch typically over 2.5m deep and 8m wide
with a slight bank on its external side. It encloses a roughly rectangular
island, c.90m by 70m, which is slightly raised and divided into three west
facing terraces. This island contains a number of low earthwork features,
especially on the two uppermost terraces, which are interpreted to be the
remains of buildings and other features. The lowest terrace is noticeably flat
and may have been a garden. The moat ditches on the north and south sides of
the island run downhill and would not have contained standing water. Instead
these would have been purposefully designed for drainage, the south ditch
still acting as a seasonal stream course. The east and west moat ditches
follow the contours of the hillside and would have contained standing water.
These, especially the uphill eastern ditch which broadens to a still quite
boggy c.15m wide area, are considered to have formed fishponds. Approximately
20m to the east of the main moat there is a c.5m wide ditch that runs north
west to south east, parallel to the edge of the eastern fishpond. The area
between this second moat ditch and the fishpond also retains a number of low
earthworks amongst the trees.
All post and wire fencing is excluded from the scheduling, although the ground
beneath is included.

The moated site on Vivers Hill is well preserved, with clear indications of
surviving archaeological remains on the island in the form of earthworks.
The moat ditches are also expected to retain surviving organic remains,
especially in the eastern, waterlogged fishpond. Fishponds were important
during the medieval period as status symbols and for their economic value in
providing a regular food source, especially during winter months. The site's
importance is further heightened by its relatively early construction date and
its comparatively rare hillside location.