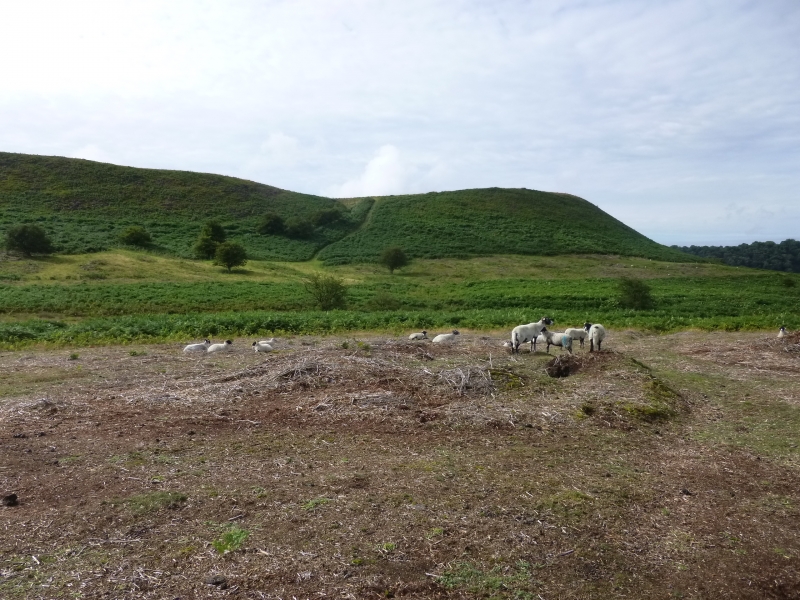 The monument, which is divided into two areas of protection, includes the
remains of four round barrows surviving as upstanding earthworks within open
moorland between Grouse Hall and Barmoor. The eastern area includes three
regularly spaced barrows lying in a roughly east-west line. The fourth barrow
lies in a second area about 150m to the west. All four barrows lie on a slight
ridge between two west draining water courses. A pair of barrows, which are
the subject of a separate scheduling (SM 30104), lie about 450m to the north
east.
A large group of rectangular earthen mounds extends from 150m to the south and
are of a much later date, being the remains of pillow mounds (artificial
rabbit warrens). These are also the subject of a separate scheduling (SM
30106).
The group of three round barrows forming the first area of protection have
been identified as the barrows partly excavated by a group of miners around
1900. A number of Bronze Age cremation urns are reported to have been found,
one of which was given to York Museum. All three barrows survive as roughly
11m diameter mounds standing up to 0.4m high, each with a central depression
considered to be the result of the miners' investigations. There is also
evidence, in the form of slight depressions, that each also had a roughly 2m
wide encircling ditch, now largely infilled.
The fourth barrow to the west survives as a mound about 11m in diameter
standing up to 0.3m high. It does not have a central depression and shows no
signs of any other disturbance beyond natural weathering. The barrow retains
evidence of an encircling ditch about 2m wide shown as a slight depression and
level area around the mound.
Excavation of round barrows in the region has shown that they demonstrate a
very wide range of burial rites from simple scatters of cremated material to
coffin inhumations and cremations contained in urns, typically dating to the
Bronze Age. A common factor is that barrows were normally used for more than
one burial and that the primary burial was frequently on or below the original
ground surface, often with secondary burials located in the body of the mound.
Most of the barrows include a small number of grave goods. These are often
small pottery food vessels, but stone, bone, jet and bronze items have also
occasionally been found. Shallow ditches and/or stone kerbs immediately
encircling the mounds are also quite common.

The Grouse Hall round barrows are good examples of their type and are well
preserved, especially the outlying barrow to the west. They will retain
important archaeological information. Their importance is heightened by the
survival of a further pair of slightly larger round barrows to the north east.