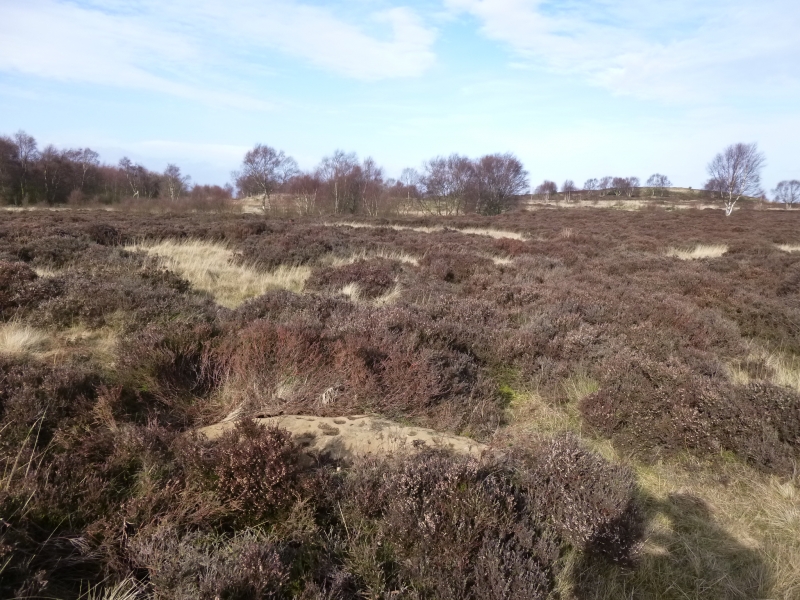 The monument includes a ring cairn of Bronze Age date situated on an area of
flat moorland. The ring cairn measures 16m in diameter; the annular bank,
composed of small stones and earth, is 3 metres thick and stands to a height
of 0.2m. It encloses a hollow central area measuring 10m in diameter. The
burials which were deposited within the central area are not visible but will
survive as buried features below the ground surface. There is no surface trace
of an internal or external stone kerb revettment. The track immediately to the
west of the ring cairn is excluded from the scheduling, although the ground
beneath it is included.

Despite some recent spoil dumping, the ring cairn on Eston Moor survives in a
good state of preservation. Its archaeological deposits survive intact, and
evidence of the date and manner of construction and the nature and duration of
use will be preserved within the central area and within and beneath the stone
bank. This monument is one of very few ring cairns known in Cleveland, and
will contain important information to aid our understanding of the diversity
and complexity of Bronze Age ritual and funerary practices. The importance of
this monument is enhanced by the survival of other Bronze Age funerary
monuments, of different form, in the immediate vicinity. This evidence
provides a clear indication of the extent of Bronze Age settlement and
activity in the area.