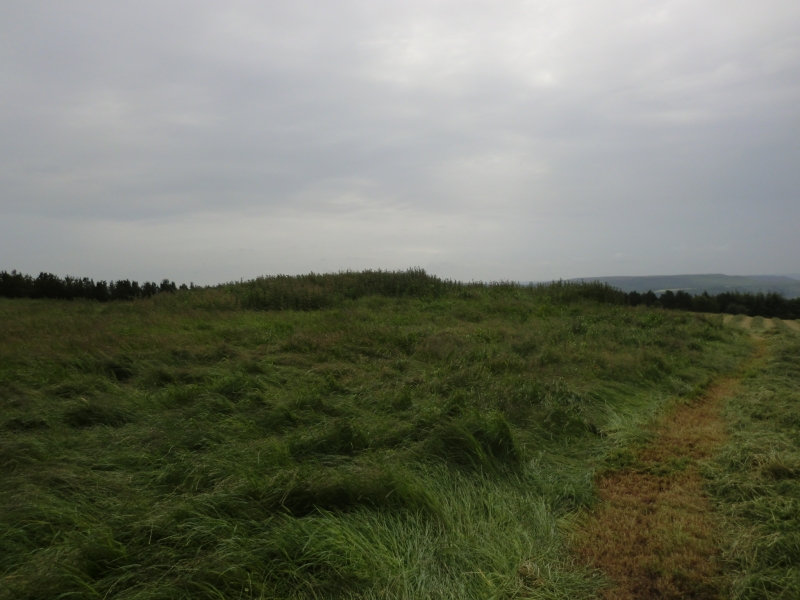 The monument includes three bowl barrows of Bronze Age date situated on flat
land with a southern aspect. The western barrow mound measures 17m in diameter
and survives to a height of 1m. There are signs of disturbance at the centre
of the mound, the result of partial excavation in the past. The second mound,
some 10m to the east measures 16m across and stands to a height of 1.2m; it
also shows evidence of slight central disturbance. Abutting the north-east
side of the barrow is a small barrow 8m in diameter and 70cm high. Each of the
barrow mounds is surrounded by a ditch dug to provide the material to build
the mound; although no longer visible at ground level these ditches survive as
buried features each measuring 2m across.

The group of barrows on Wilton Moor are well preserved and their
archaeological deposits survive undisturbed. Evidence of the manner of
construction, and the nature and duration of use will be preserved within and
beneath the mound and within the ditch. Evidence relating to the Bronze Age
environment around the monument and of the wider landscape will also survive.
The importance of this monument is increased because of the survival of other
barrows in the immediate vicinity of similar and different form; such evidence
provides a clear indication of the variety of Bronze Age funerary monuments
and illustrates the extent of Bronze Age settlement and activity in the area.