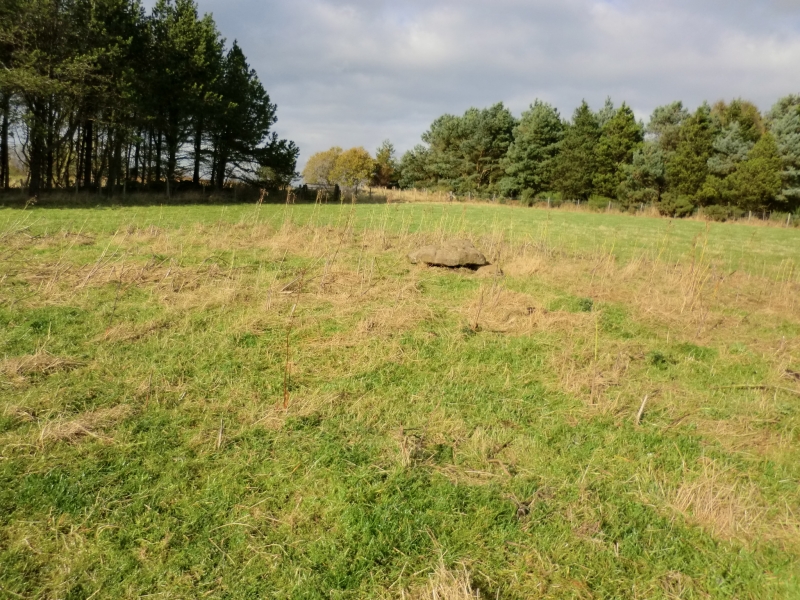 The monument includes a bowl barrow of Bronze Age date situated near the edge
of a scarp. The barrow mound has been truncated and spread by ploughing in the
past; it measures 12m across and survives to a height of 30cm. The surrounding
ditch, dug to provide the material to build the mound, is no longer visible at
ground level but survives as a buried feature measuring 2m across.

Although the bowl barrow has sustained some damage by cultivation in the past,
much of its archaeological deposits survive intact. Evidence of the manner of
construction, and the nature and duration of use will be preserved within and
beneath the mound and within the ditch. Evidence relating to the Bronze Age
environment around the monument and of the wider landscape will also survive.
The importance of this monument is increased because of the survival of
contemporary barrows, of similar and different form, in the immediate
vicinity; such evidence provides a clear indication of the extent of Bronze
Age settlement and activity in the area and has the potential to increase
greatly our knowledge of Bronze Age society.