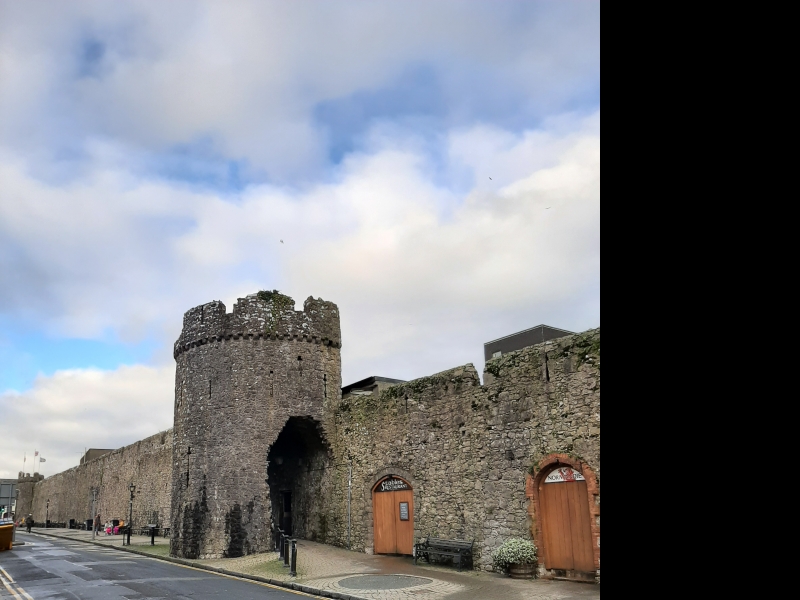 The monument comprises the remains of a town wall dating to the medieval period. When completed the walls of Tenby, which formed a complete circuit of the medieval town, had three gateways and twelve towers. The walls were begun in late 13th century; a period of attacks including that included in 1260 when Llywelyn the Last succeeded in sacking the town. Originally the walls were low with a series of arrowslits defended from ground banked-up on the inside, the main gateway was then on the north. In 1328 a barbican was built around the then simple opening of the South Gate and over time the defences were strengthened by the addition of extra towers. In 1457 an arrangement was agreed between Jasper Tewdwr, Earl of Pembroke (1431-1495) and the townspeople, where each agreed to pay half of the sum required to further fortify the defences. This resulted in the heightening of the walls, a second, higher series of arrowslits being reached by a new parapet walk. At this time the moat which ran outside the landward wall was also widened. The remains visible today comprise a well preserved section of wall running south eastwards from near the site of the north or Carmarthen Gate to as far as the north west tower and then a connecting full length landward wall running south-eastwards which incorporates the South Gate and its barbican and six towers set at intervals. There are in addition the remains of an isolated tower once part of the south eastern town wall located on cliffs above the sea