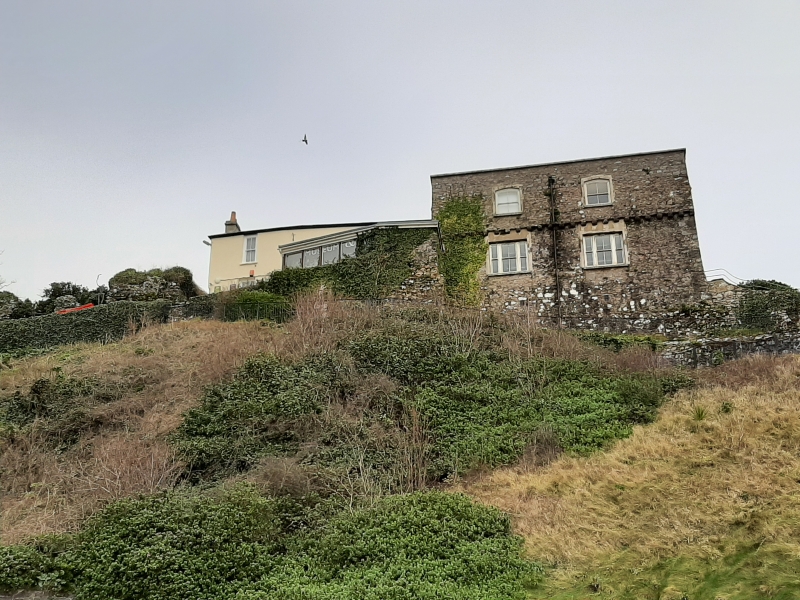 The monument consists of the remains of a castle, dating to the medieval period. It occupies a large steep-sided promontory on the coast dividing the north and south beaches of Tenby and was attached at the narrow neck to the medieval town walls. The castle is first mentioned in the twelfth century. In the 13th century it was part of the Lordship of Pembroke. The castle is ruinous and comprises a gate tower and D-shaped barbican at the south-west entrance, on the summit of the hill a round central watch tower of c 5.8m in diameter with a square stair turret, defensive walls and parts of domestic buildings. Short lengths of embattled curtain wall are exposed at low tide.