A Scheduled Monument in Tregaron, Ceredigion 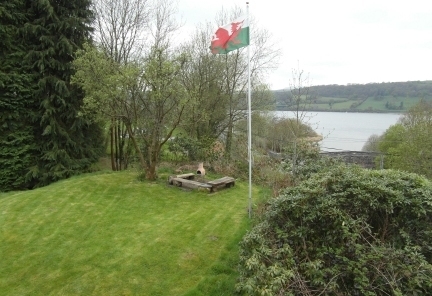 The monument comprises the remains of a hillfort, which probably dates to the Iron Age period (c. 800 BC - AD 74, the Roman conquest of Wales). Hillforts are usually located on hilltops and surrounded by a single or multiple earthworks of massive proportions. Hillforts must have formed symbols of power within the landscape, while their function may have had as much to do with ostentation and display as defence. This hillfort is situated on a rocky plateau, enclosing an area c.50m across. It is defended on the north-west and south-west by natural steep slopes, and on the gentler north-east and east by an impressive double bank and ditch. The inner bank here stands c.5m high externally, and c.2 to c.3m above the rocky interior, while the outer bank stands c.5m high above both the intermediate ditch and the exterior ground level; only slight traces of an outer ditch are visible beyond it. The entrance was probably on the south-east.