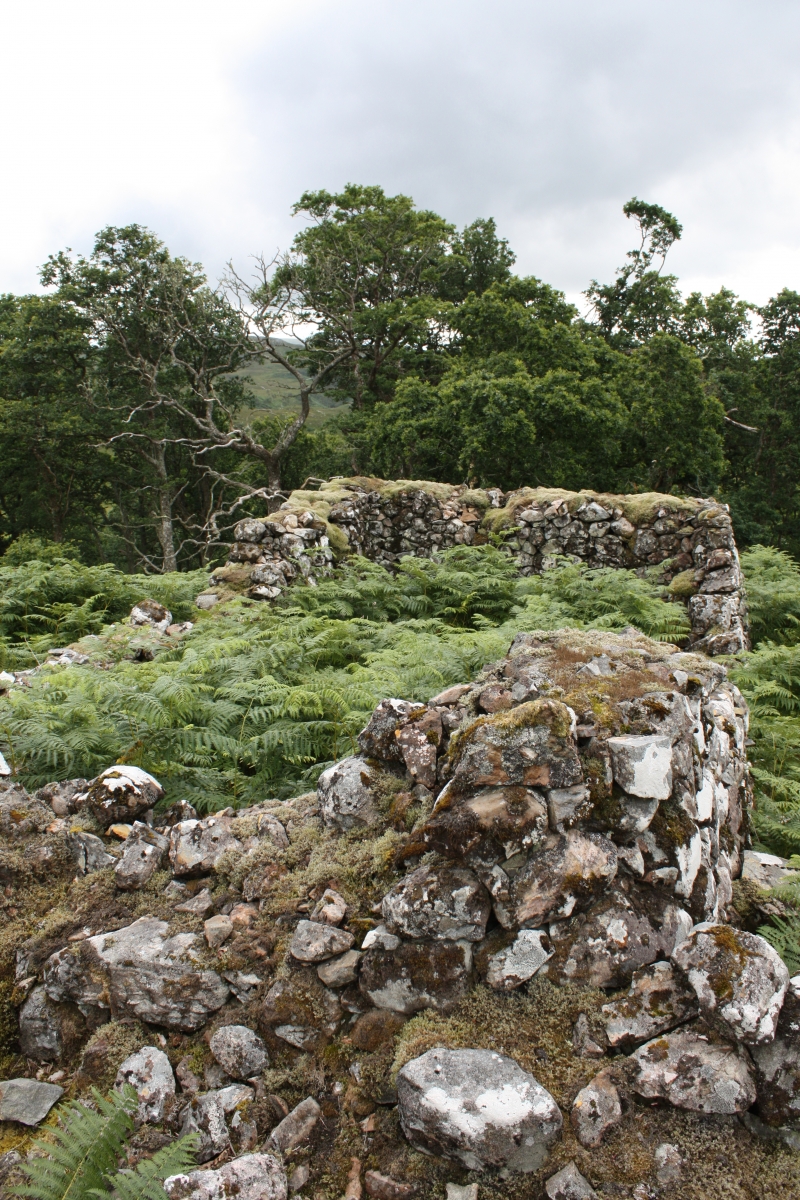 The monument comprises the remains of a depopulated settlement of post-medieval date.

Uladail lies in an area of deciduous woodland, at around 30m OD. It comprises the remains of about twelve houses and outbuildings, many standing to eaves height. The township was occupied by 1755, but by 1841 the population consisted only of two women occupying a single house; by 1851 Uladail had been abandoned completely.

The area proposed for scheduling comprises the remains of the buildings and the land around and between them, within which evidence relating to their construction and occupation is likely to survive. It is irregular on plan, bounded on the S side by the gully along the N side of the public road.

The area to be scheduled has maximum dimensions of 230m E-W by 110m N-S (or, it is 255m from its easternmost point to its westernmost point), as marked in red on the accompanying map. The existing wooden poles of the electricity line crossing the site are excluded from the scheduling.

The monument is of national importance because of its potential to contribute to our understanding of post-medieval settlement and economy. Uladail is a fine example of a small agricultural settlement in an area which is now 'reverting' to 'natural' woodland cover, but which was probably occupied and used for farming over many centuries.