A Scheduled Monument in Caol and Mallaig, Highland 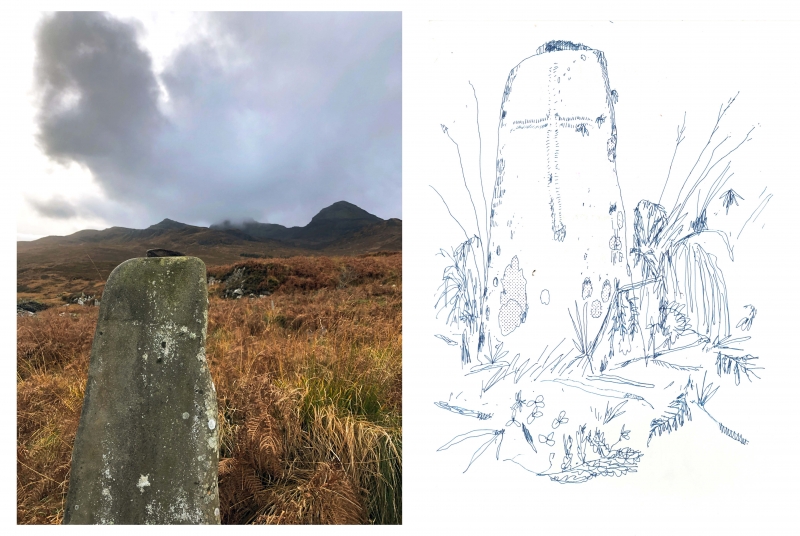 The monument consists of a shell midden and other deposits in a south-south-east facing cave which has an excellent prospect of the Sound of Rum.

The shallow cave is formed from an overhang of rock which shelters an uneven rocky floor about 9m in diameter. This floor is just over 8m above high tide mark. The shell midden is partly exposed and a hearth was recorded during an earlier visit. The hearth was associated with bones of sheep, deer, horse, seal and sea birds, together with large numbers of shell fish valves.

A 13th-Century Norse draughtsman or playing piece was also found within the cave and may help to date the midden. However, there is also a good probablity of Mesolithic occupation buried under later middens within this cave.

The area to be scheduled is a circle measuring 35m in diameter, which includes the cave and and area around in which traces of activities associated with the occupation of the cave may survive, as shown in red on the accompanying map extract.

The monument is of national importance for its potential contribution to an understanding of the Medieval occupation of Rum. It may also contain Mesolithic occupation and, if so, would have an interesting relationship with the Mesolithic site at Farm Fields, Kinloch. The cave is likely to contain important deposits relating to the past economy and environment of human populations on Rum.