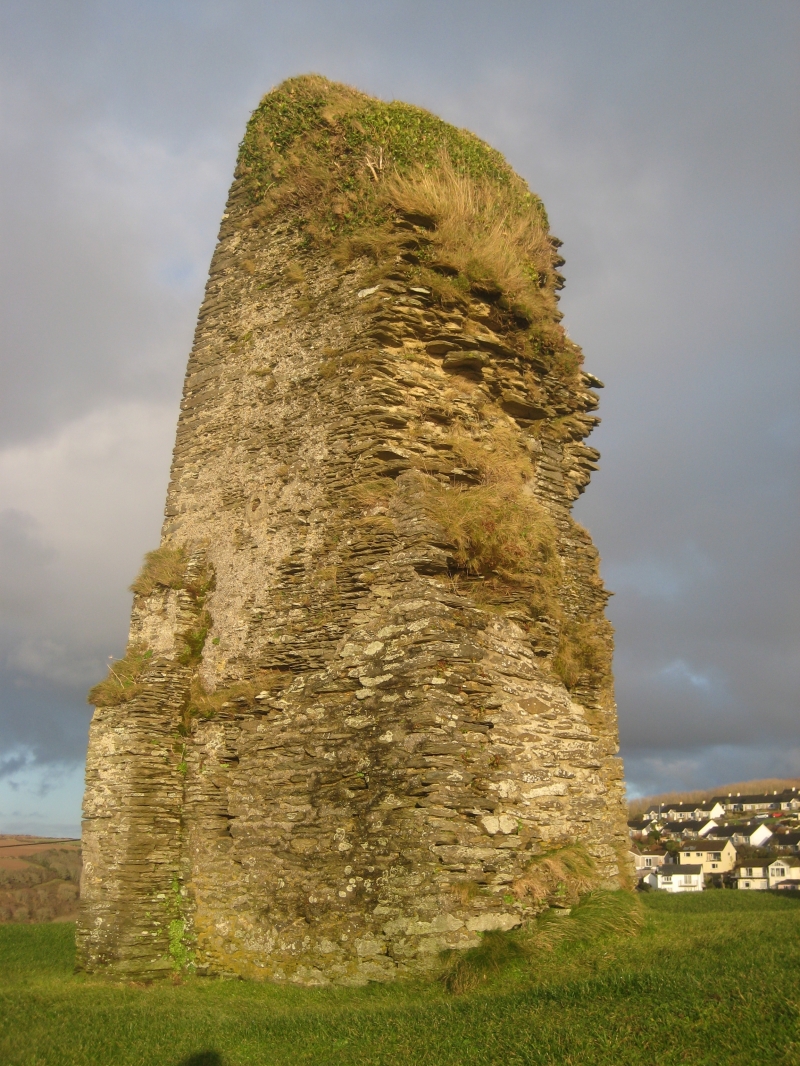 The monument includes the site of a medieval chapel known as St Saviour's
Chapel, at Polruan on the south coast of mid-Cornwall.
St Saviour's Chapel survives as a substantial corner of the tower and a raised
platform which is considered to contain the remainder of the site of the
chapel in the form of buried remains. The north and west walls of the tower
survive to a height of 6.73m, are approximately 1.3m wide, and are constructed
of small slate rubble and cob mortar. There are traces of plaster remaining on
both the interior and exterior of the west wall. On the outer wall, at the
angle, is a 2m high clasping buttress, while high up in the internal angle of
the tower is a wooden bar linking the two walls.
The tower fragment is located on a sub-rectangular platformed mound, which
extends to the south and east of the tower and probably contains the remainder
of the chapel. The standing remains of the chapel are a Listed Building
Grade II.
The chapel was in existence before 1284 when it was included in a grant with
Lanteglos by Fowey parish church to the Hospital of Bridgewater. By 1371-2 the
people of Polruan had license for the chapel and maintained it. The chapel had
its own chaplain which led to various disputes between the Vicar of Lanteglos
and the people of Polruan. In 1455 there was an Indulgence for all those
contributing to repairs to the chapel of Holy Trinity at Polruan, probably the
same chapel as St Saviour's. The chapel is depicted on a map of around 1540 as
a tower with crenellations, windows and a nave roofed with three windows along
the south side. On Buck's engraving of 1734 the tower is shown as a ruin, only
a part of the tower and east wall with a window still standing. By 1925 only
the north west angle of the tower survived, although it did also serve as a
daymark for shipping up to this date.
The three wood and concrete benches on the south side of the mound, the
coastguard lookout building and its walled enclosure on the top of the mound,
the telegraph pole and the childrens' play area to the north are excluded from
the scheduling, although the ground beneath these features is included.

St Savior's Chapel survives reasonably well with a substantial fragment of the
tower still standing on a sub-rectangular platform which will contain below
ground remains of the chapel. The chapel was in existence by the 13th century
when it was first recorded. It is also depicted on a map of the 16th century
and the ruins are also shown on an 18th century engraving. One of its original
functions was probably as a daymark for shipping out to sea, a function that
continued until as late as 1925.