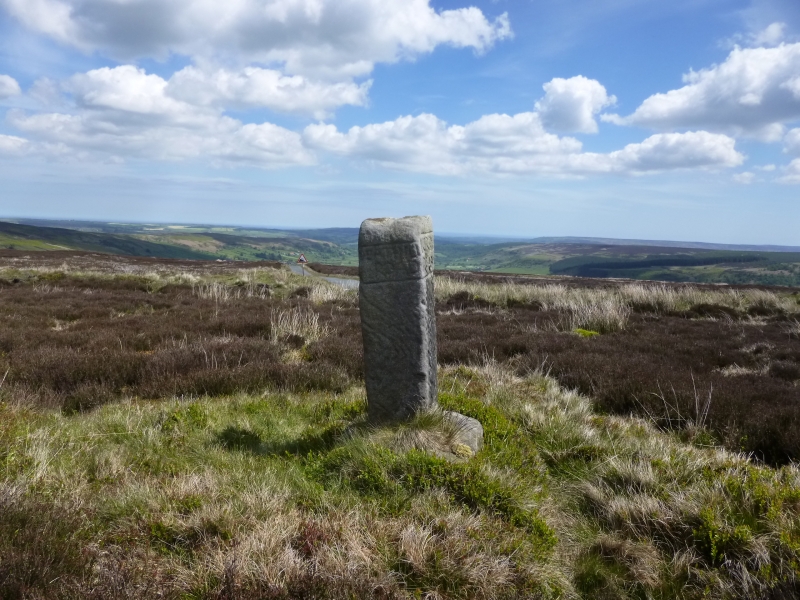 Entry Name: Medieval cross reused as a signpost at the top of Caper Hill on the north east side of Glaisdale High Moor

The monument includes the remains of a medieval wayside cross which was reused
in the 18th century as an inscribed signpost. It is located 10m south west of
the road junction of Caper Hill and the road on the north east side of
Glaisdale High Moor.
The cross survives without its cross head as a 95cm tall shaft, 26cm square,
set into a monolithic and roughly dressed socket stone 48cm square and at
least 15cm thick. The cross is orientated to the adjacent roads and its shaft
is inscribed on all four sides: WHITBY ROAD; PEATHILL ROAD; and KIRBY ROAD are
inscribed in two lines on the south east, south west and north west faces
respectively. The remaining side, which faces the road junction, is inscribed
over five lines with GLASDA LE.ROAD THOMAS HARWOOD D:1735.
In 1711 the justice at Northallerton ordered that signposts should be erected
throughout the North Riding at cross roads. Thomas Harwood was the surveyor in
Glaisdale in the early 18th century, and the reused medieval cross is one of a
small number of inscribed stones in the parish bearing his name.

The cross shaft is an important example of the continuity of secular use
of medieval wayside crosses as signposts into the post-medieval period.