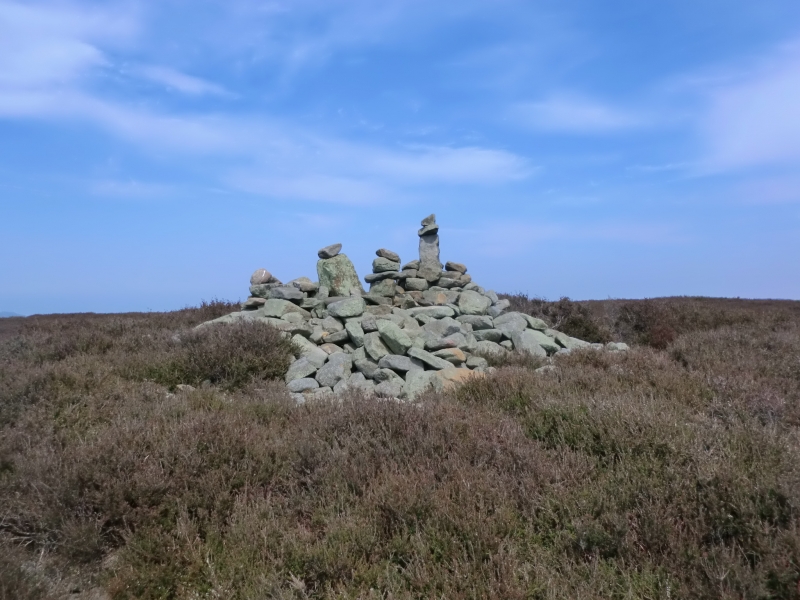 The monument includes two round cairns situated in a prominent position on a
moorland ridge on the edge of the North York Moors. The larger cairn to the
north has a stone mound 12m in diameter and standing up to 0.7m high. It was
originally surrounded by a kerb of stones which defined the cairn and
supported the mound. However, over the years many of these stones have been
taken away or buried by peat accumulating around the edges of the mound,
although a few are still visible on the north and south edges. In the centre
of the mound there is a hollow, caused by past excavations, which is now
filled by a large walkers' cairn. Within the walkers'cairn there are two
boundary stones, one in the centre bearing the legend TKS1815 on the east face
and one leaning at the north side bearing the legends GIII on the west face
and RY1752 on the east. The stones comprise a Grade II Listed Building. The
smaller cairn lies 14m to the south. It has a well defined stone and earth
mound which is 4m in diameter and stands up to 0.5m high.
The cairns belong to a group of seven spread along the ridge and lie in an
area rich in prehistoric monuments, including further burial monuments, field
systems and clearance cairns.