A Scheduled Monument in Monyash, Derbyshire 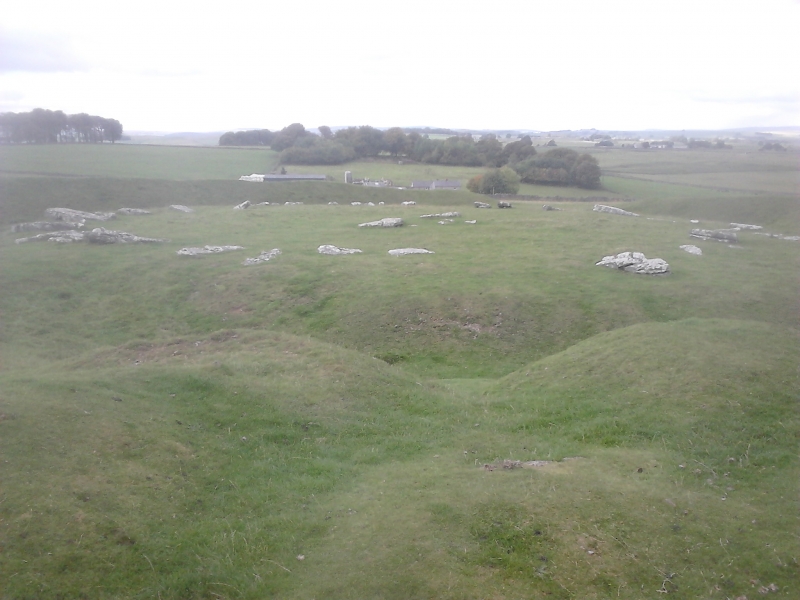 The monument is a roughly circular bowl barrow situated 30m east of the henge
at Arbor Low in the central uplands of the limestone plateau of Derbyshire. It
includes a mound with a diameter of 11.5m by 10.5m and a height of c.0.75m. A
partial excavation was carried out by Thomas Bateman in 1844 when a corroded
piece of iron was found in a rock cut grave and interpreted as a spear socket.
The item indicates the use of the barrow in the Romano-British or Anglian
periods but it has not been confirmed that the barrow was built at this time.
Its close proximity to Arbor Low henge and stone circle, and to other
Prehistoric barrows, suggests it may have originated in the Bronze Age.

Superficially similar in form to prehistoric bowl barrows are hlaews of Anglo-
Saxon or Viking date. These burial monuments were constructed during the pagan
Saxon and Viking periods, for high-ranking individuals, and are much rarer
than prehistoric bowl barrows, with only 50 to 60 recognised examples in the
country. They served as visible and ostentatious markers of the social
position of the people buried within them and some appear to have been
specifically located to mark territorial boundaries.
The barrow east of Arbor Low is a reasonably well-preserved example of either
a hlaew or a bowl barrow which, although it has been partially excavated,
retains significant archaeological remains which include evidence of the
barrow's origins. It is most likely to have originated as a bowl barrow and is
located in a rich and varied prehistoric landscape.