A Scheduled Monument in Millbrook, Cornwall 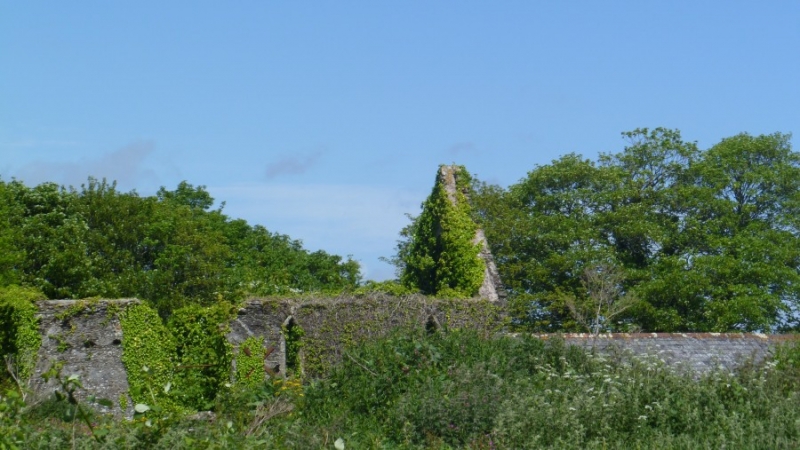 This record was the subject of a minor enhancement on 3 December 2015. This record has been generated from an "old county number" (OCN) scheduling record. These are monuments that were not reviewed under the Monuments Protection Programme and are some of our oldest designation records.

This monument includes a medieval chapel situated on the estuarine headland between St John’s Lake and Millbrook Lake at the head of a small natural inlet leading out into the Hamoaze. The chapel survives as a rectangular roofless building measuring approximately 11.9m long by 4.9m wide with its walls standing to almost full height. The chapel building was of two storeys with the chapel itself on the first floor. The east gable end has an upper trefoil headed window with quatrefoil above. The west gable has a lancet window with a trefoil head at the upper level and a quatrefoil above. The north wall has two trefoil headed lancets at the upper level and between these a pointed arched lancet with wall projections indicating a possible chamber. The south side has two trefoil headed lancets at the upper level and a flat headed window below and both an upper and lower door opening. There was originally an external stair to the upper level. There are also a number of blocked windows and a blocked east doorway. The interior walls have traces of plaster on the upper level. The building has been reinforced with metal tie bars.

A license for the chapel was granted in 1331 to Sir Richard Champernowne and was built at the 12th century Royal Manor of Insworke. The medieval house was destroyed in 1797. A sketch of the chapel in 1853 showed it to be roofed, with an external flight of stairs. It was later used as a barn.

The chapel is listed Grade II*.

A medieval chapel is a building, usually rectangular, containing a range of furnishings and fittings appropriate for Christian worship in the pre-Reformation period. Chapels were designed for congregational worship and were generally divided into two main parts: the nave, which provided accommodation for the laity, and the chancel, which was the main domain of the priest and contained the principal altar. Some chapels were built as private places of worship by manorial lords and lie near or within manor houses, castles or other high-status residences. Private chapels were often abandoned as their owners supporting finances declined or disappeared. The sites of abandoned chapels were often left largely undisturbed and thus retain important information about the nature and date of their use up to their abandonment. Despite its subsequent re-use as a barn the medieval chapel of Insworke Manor survives well and will contain archaeological and environmental evidence relating to its construction, longevity, social, political and religious significance, abandonment, re-use and overall landscape context.