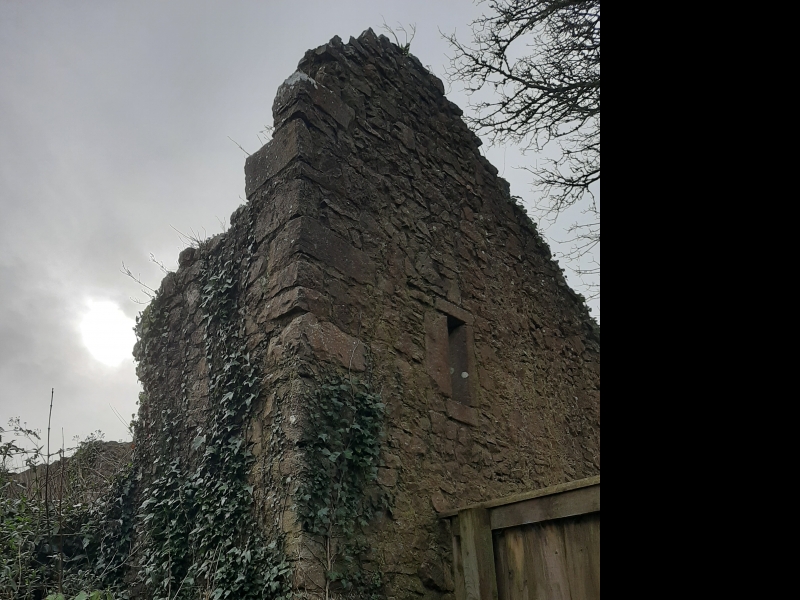 The monument consists of the remains of a domestic house dating to the medieval period also known to have had a jurisdictional role as a court of the manor of Maonorbier and Penally. It comprises an undefended first-floor hall built of limestone masonry, roughly coursed and measures c. 20 x 7m. The hall of originally one large chamber was constructed above a vaulted undercroft of two unequal sections, a longer longitudinal vault and a smaller cross vault .It was entered via an external stair on the south west side where a corbelled lateral fireplace was also situated. Later divided into two rooms, the smaller parlour contains a gable end fireplace and chimney. Clearance of in-situ deposits suggested that the hall was likely to have had a suspended timber floor over the vault apices. A cottage appended to the south end of the building was occupied down to the nineteenth century and survives as a ruin. The building is also listed Grade I.

The monument is of national importance for its potential to enhance our knowledge of settlement and domestic activity. It retains significant archaeological potential, with a strong probability of the presence of associated archaeological features and deposits. The structure itself may be expected to contain archaeological information concerning chronology and building techniques. A house may be part of a larger cluster of monuments and their importance can further enhanced by their group value.