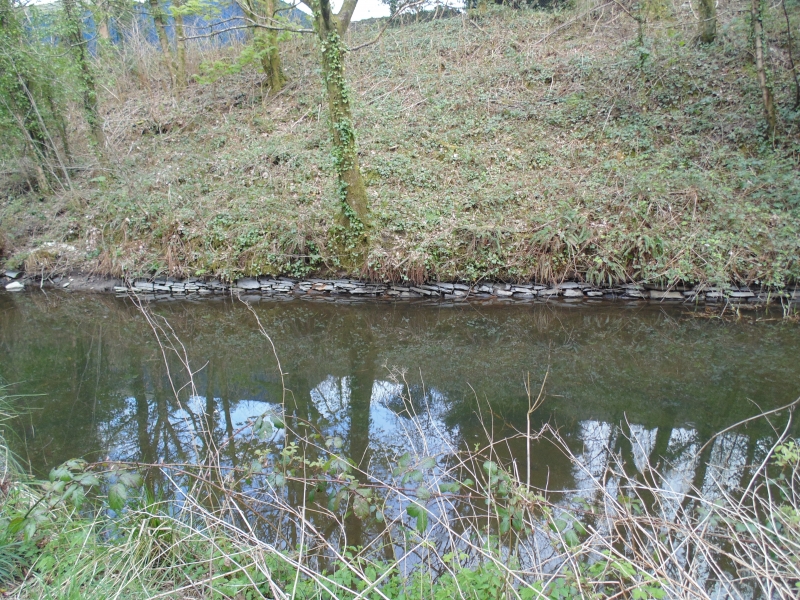 The monument comprises the Skewen Cutting, a well-preserved section of the Tennant Canal and includes an associated tramroad bridge. The section measures about 360m in length and includes a tramroad bridge, listed grade II. The Tennant Canal was built between 1820 and 1824 by the engineer William Kirkhouse. The head of the canal was at Aberdulais, where it joined the Neath Canal, while it ended at Port Tennant on the coast of Swansea Bay. The canal carried traffic until the 1930s.

The Skewen Cutting contains a stone-lined bed, which was laid in 1821 in the form of an inverted arch and constructed in order to counter problems of quicksand. George Tennant, the builder and owner of the canal, wrote in 1824 of a quicksand 'of the finest grain and most subtle nature - and so deep that no tool which could be introduced was long enough to reach the bottom'. The traffic on the Tennant canals in the 1820s and 1830s was predominantly in coal and culm, but also included timber, iron ore and sand. The tramroad bridge is probably contemporary with the canal (it is shown on the 1844 tithe map) and was used to carry coal over the canal to the nearby copper works. It comprises a high faced rubble stone structure over a segmental arch with tooled voussoirs.

The monument is of national importance as a rare and well-preserved example of unusual canal construction. This section of canal may be expected to contain archaeological information in regard to technology and building techniques, while the structure itself forms an important and unusual element within the corpus of British Canals.