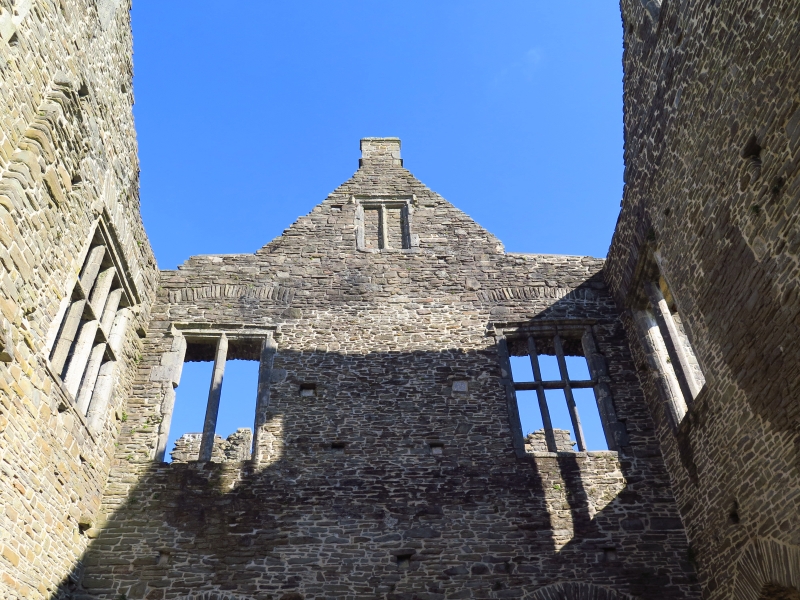 Neath Abbey was founded in 1130 by a Devonshire Knight named Richard de Granville. Built upon a rocky terrace overlooking the marshland beside the River Neath, its proximity to the marsh afforded it peaceful seclusion. It was established as a daughter house of Savigny in Normandy but was, together with all the other houses of the Order of Savigny, absorbed into the Cistercian Order in 1147. As the Abbey consolidated its estates, the expanding monastic community soon began to outgrow the initial buildings and several major programmes of reconstruction occurred during the period between the late 12th and 14th centuries. The church itself was erected in one building operation between about 1280 and 1330.

The ranges around the cloister survive on the east and west sides. The east range contained the dormitory, reredorter and chapter house and was completed in the early 13th century. That portion of the range nearest the church has almost entirely been destroyed, although several of the vaulted undercrofts in the southern end of the range survive. The south range contained the refectory and kitchen although these have almost entirely been destroyed. The west range contained the dormitory, refectory and common room of the lay brothers and was completed in the late 12th century.

After the Dissolution of the monasteries in 1539, the abbey was purchased by a wealthy Tudor magnate. During this time a large Tudor house developed over the south-east corner of the monastic complex. The house was lived in by a succession of wealthy families until the early 1700’s when it was abandoned and copper working in the abbey grounds began. By 1900, the abbey site was disused and overgrown.

The monument is of national importance for its potential to enhance our knowledge of the organisation and practice of medieval Christianity. The site forms an important element within the wider medieval landscape. It retains significant archaeological potential, with a strong probability of the presence of associated archaeological features and deposits. The structure itself may be expected to contain archaeological information concerning chronology and building techniques.