A Scheduled Monument in Llanwnda, Gwynedd 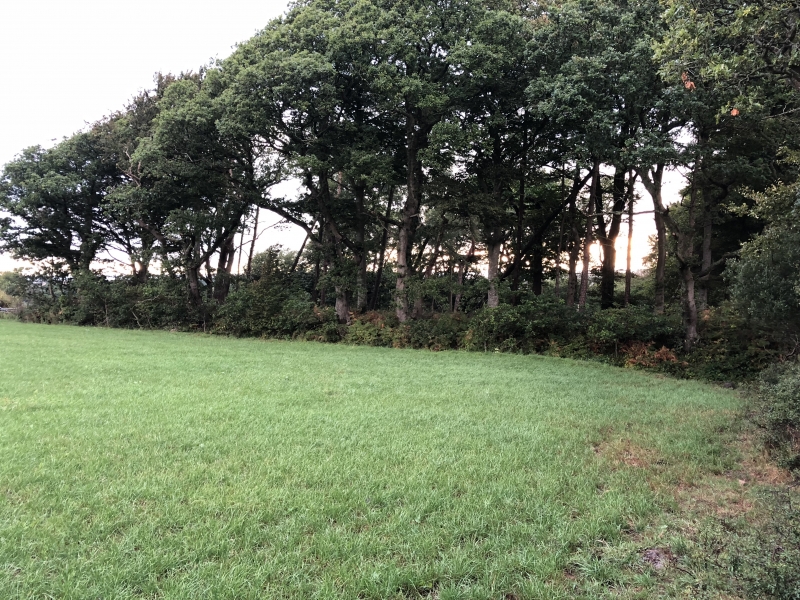 The monument comprises the remains of a rectangular earthwork measuring 47 x 43 m and surrounded by a bank and ditch. The bank and ditch together are c. 14-15 m wide. The bank stands to a height of c. 1.5 m above the interior of the enclosure and 3 m above the bottom of the ditch. The corners of the bank stand at least a metre higher than the bank itself. There is an entrance 2.4 m wide in the centre of the NW side, and there are traces of a second bank beyond the ditch on this side. The area outside the entrance is quite wet, and organic remains may well have been preserved here. To the NW of the site are the remains of two hut groups. These lie outside the SA, but could be important in helping to establish the relationship between the sites. Early fields must also have existed around these sites, and remains may still be visible, either from the air or by excavation.

The monument is of national importance for its potential to enhance our knowledge of Roman defensive organisation and settlement. The site forms an important element within the wider context and within the surrounding landscape. The site is well preserved and retains considerable archaeological potential. There is a strong probability of the presence of evidence relating to chronology, building techniques and functional detail.