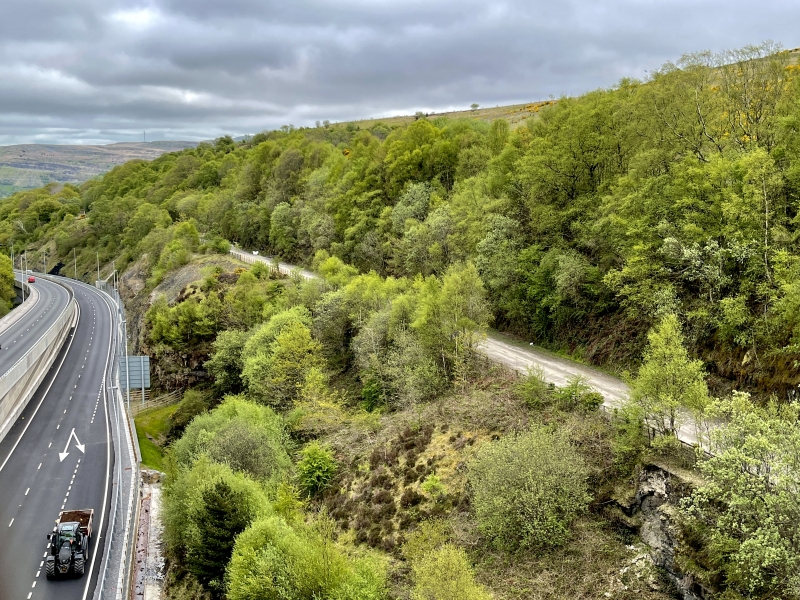 The monument consists of the remains of a tramroad, dating to the 18th century. The tramroad is connected to a pair of coal levels and the Clydach Railroad. The levels were owned and operated by the Brecon Boat Company, the principal trader on the Brecknock and Abergavenny Canal, to which the Clydach Railroad was completed in 1795. They were granted permission to build a branch from Clydach Bridge to their new colliery nearby in 1812, at a cost of £75. The line was built across part of the River Clydach, which was diverted through a tunnel to allow free access to two level mouths. The tunnel for the river, the tramroad embankment, and the two levels remain. Both are rock cut and unlined, but the eastern level was refronted as part of the retaining wall of the Merthyr, Tredegar and Abergavenny Railway in 1862.

The monument is of national importance for its potential to enhance our knowledge of the development of industrial transportation in the 18th and 19th century. The track bed, bridges, drainage systems, embankments and revetments may all be expected to contain archaeological information in regard to construction techniques and functional detail. The scheduled area comprises the remains described and areas around them within which related evidence may be expected to survive.