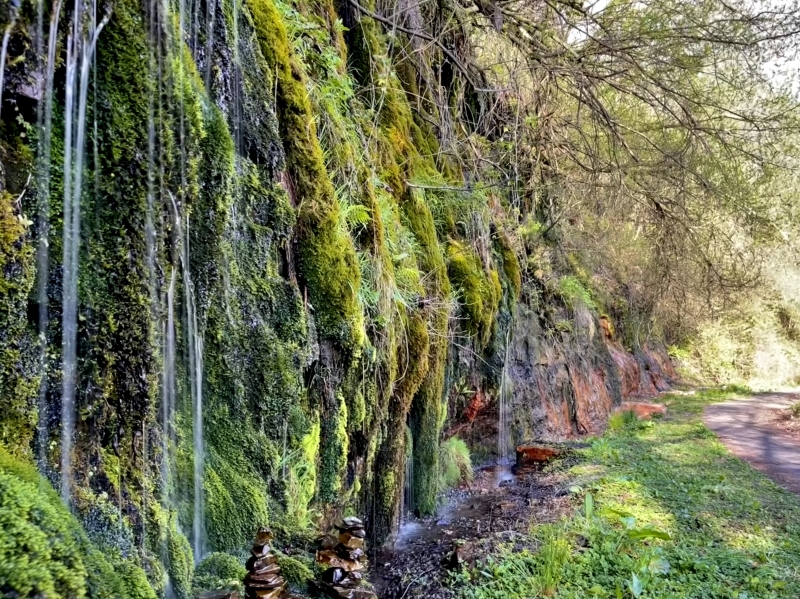 The monument consists of the remains of a tramroad, dating to the 18th century. The Clydach Railroad was built under powers provided by the Brecknock and Abergavenny Canal Act, and connected coal and iron ore mines, limestone quarries and ironworks at the head of the Clydach Gorge with the canal at Gilwern. Work began in 1793 and it was completed in the following year. It was constructed with a gentle gradient for the whole length of the Gorge, so that waggons would descend by gravity with brakes and be hauled back by horses. This was distinctive from tramroads built shortly afterwards, which had level sections linked by inclined planes. Iron edge rails were used, on both iron and wooden sleepers. The railroad fell out of use gradually during the mid 19th century as traffic went instead by the Monmouthshire Canal's tramroads to the south. The tramroad probably closed in the 1860s.

The monument is of national importance for its potential to enhance our knowledge of the development of industrial transportation in the 18th and 19th century. The track bed, bridges, drainage systems, embankments and revetments may all be expected to contain archaeological information in regard to construction techniques and functional detail. The scheduled area comprises the remains described and areas around them within which related evidence may be expected to survive.