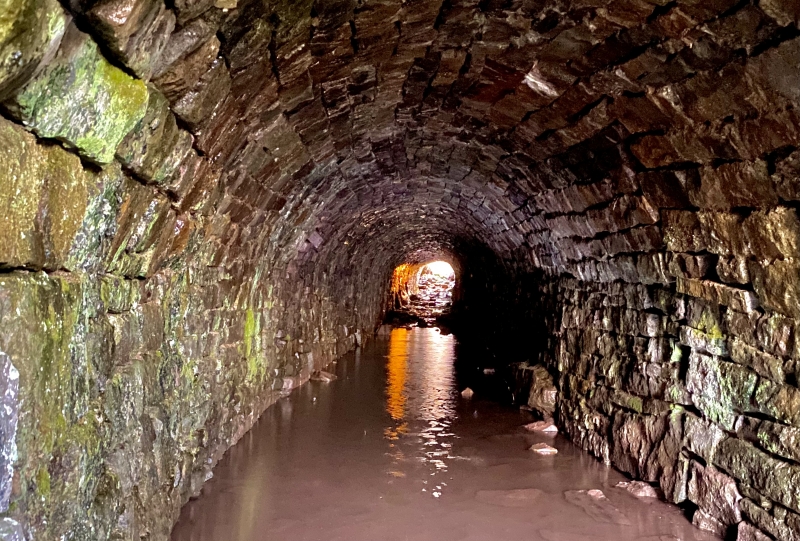 The monument consists of the remains of a tramroad, dating to the 19th century. Hill's Tramroad was built from Pwll du to Llanfoist by the proprietors of Blaenavon Ironworks, who began acquiring land along the proposed route in 1817 and was formed by 1818. The route linked coal and limestone properties and the Blaenavon and Garnddyrys ironworks with the Brecknock and Abergavenny Canal at Llanfoist Wharf and the Llanvihangel Railway at Llanfoist village. The tramroad was a 2ft gauge plateway on stone sleeper blocks, built to form a level route on the steep terrain, possibly with a view to operating primitive locomotives. The 40m long cut and cover tunnel had cuttings at either end assisted in maintaining a level track and avoided passing through a separate parcel of enclosed land.