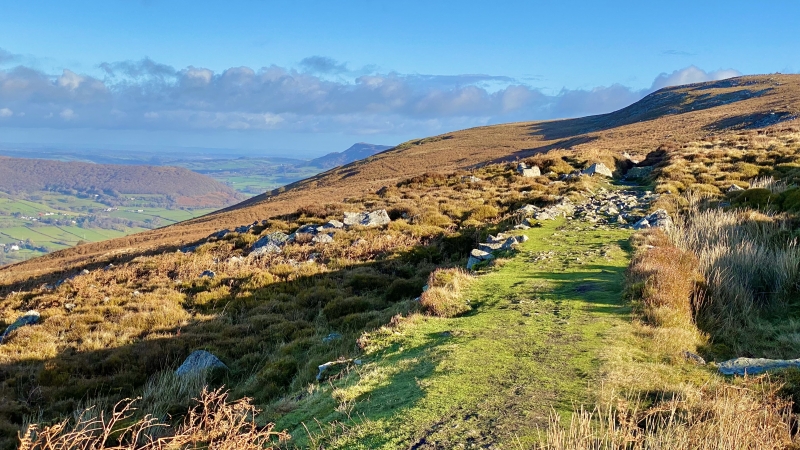 The monument consists of the remains of a tramroad, dating to the 18th century and is one of the earliest primitive railways associated with the Blaenavon Iron Company. The tramroad was built c. 1795 to bring limestone from quarries at the northern end of the Blorenge to the Ironworks. The quarry appears to have failed due to the steep dip of the limestone, and the tramroad fell out of use in 1804. The plateway track was removed by 1813. The remains include the terminal quarry and limekilns.