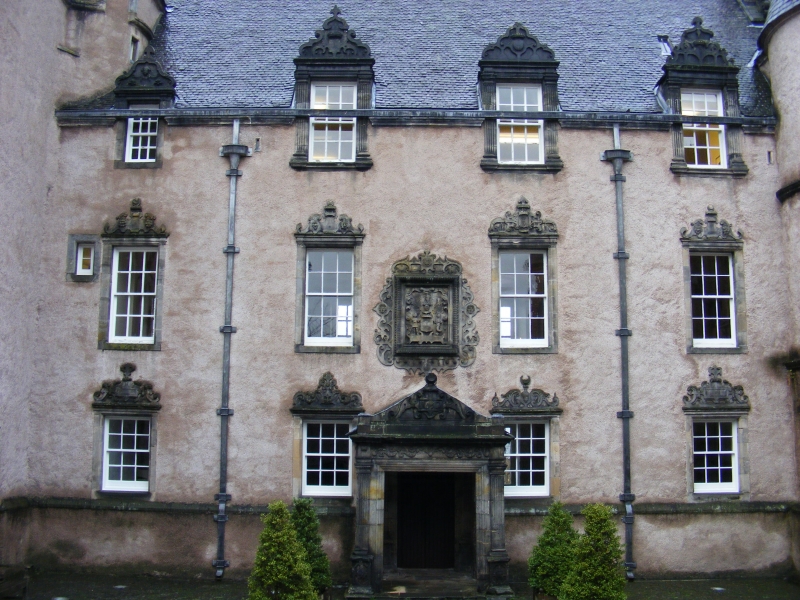 The monument consists of the residence called Argyll Lodging, on Upper Castle Hill, Stirling. Argyll Lodging is a quadrangular residence of composite construction, built largely in the 17th century as the residence of a leading nobleman. Three ranges define the E, N and S sides of a courtyard, with a screen wall on the W. The earliest part of the house is at its NE corner, and was probably originally a 2-storeyed house with a hall on the first floor and a kitchen on the ground floor. This was later extended to form an L- shaped tower-house. Most of what is now seen, however, dates from extensions of the 1630s and 1670s by Viscount (later the Earl of) Stirling and the Earl of Argyll, respectively. In its most complete state there were three main ranges, with the entrance and principal rooms in the E range, facing the gateway through the screen wall on the W side of the courtyard. A fourth range originally extended S from the W end of the S range, but only part of its street facade now remains. After some years in use as as a military hospital, the house passed into state care along with the castle. The area to be scheduled is a quadrilateral bounded by the outer faces of the walls of the house and courtyard, and measures a maximum of 68m N-S by 38m E-W, as marked in red on the accompanying map extract.

The monument is of national importance because it is the best surviving example of a nobleman's town house of the 17th century, and because of the outstandingly high quality of its architectural detailing and decoration.