Round barrow on Wheeldale Moor, 1150m west of Wheeldale Lodge 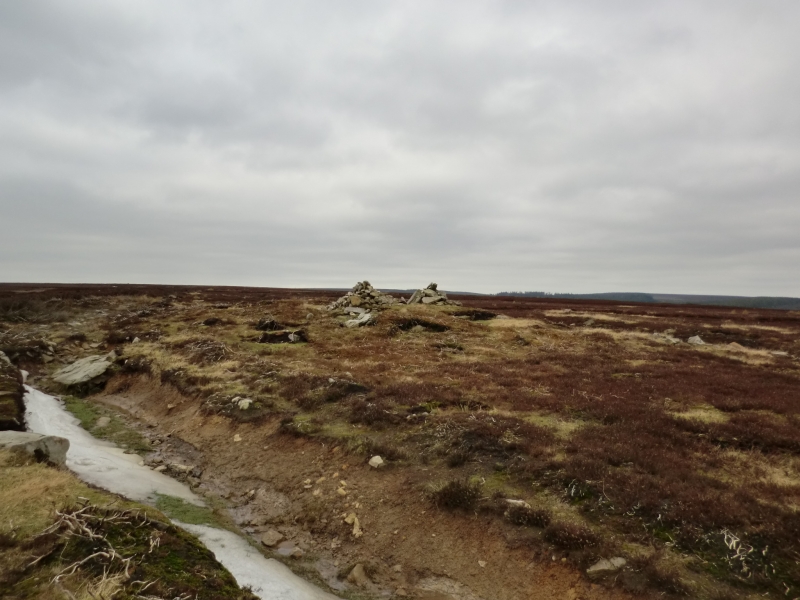 The monument includes a round barrow which is situated on Middle Jurassic
sandstone on the North York Moors. It occupies a prominent position on a
very gentle east-facing slope.

The barrow has a sub-circular mound constructed from earth and stone,
which measures up to 16m in diameter and stands up to 1.1m high. Partial
excavation in the past and more recent rabbit burrowing has left the mound
with two hollows in the centre and an irregular surface. On the top of the
mound there are two small modern walkers' cairns.

A second barrow 90m to the west is the subject of a seperate scheduling.

Despite limited disturbance, the round barrow on Wheeldale Moor 1150m west
of Wheeldale Lodge has survived well. Significant information about the
original form of the barrow and the burials placed within it will be
preserved. Evidence for earlier land use and the contemporary environment
will also survive beneath the mound.

The barrow is one of a pair which lie in an area where there are many
other prehistoric burial monuments. The association with similar monuments
provides insight into the distribution of ritual and funerary activity
across the landscape during the prehistoric period.