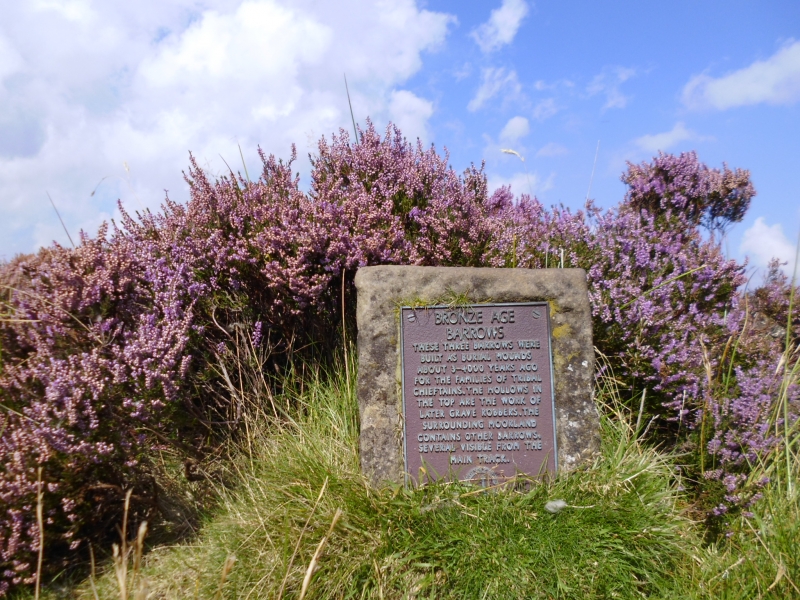 The monument includes a round barrow situated on level ground on the northern
part of Levisham Moor. Levisham Moor lies on the southern edge of the
sandstone, predominantly heather covered moor characteristic of the North York
Moors. The moor occupies the northern part of a block of land defined by the
deep valleys of Newton Dale to the west, Horcum Slack to the east, Havern Beck
to the north and Levisham Beck to the south. The eastern side of the moor is
bisected by smaller valleys known locally as griffs which divide the moor into
a series of flat-topped peninsulas with steep slopes on all but their north
western sides. The southern part of the block of land has been enclosed and
brought into agricultural use, however, buried traces of prehistoric remains
in this area are visible on aerial photographs. Today the moor is little used
but archaeological evidence indicates that this has not always been the case.
Both the prehistoric and medieval periods saw intensive use of the land for
agricultural, industrial and ritual purposes. Remains of these activities
survive today.
The barrow has an earth and stone mound standing 0.5m high and measuring 11m
in diameter. The mound was surrounded by a ditch up to 3m wide which has been
filled in and is no longer visible as an earthwork. There is a wide shallow
hole in the centre of the mound which is the result of investigations in the
past.

The round barrow 660m south west of Glebe Farm has survived well. Significant
information about the original construction of the barrow, the burials placed
within it and the relationship with other monuments in the area will be
preserved. Evidence of earlier land use will also survive beneath the barrow
mound.

Books and journals
Atkins, C, An Archaeological Survey of the Levisham Estate, (1991), 5-12