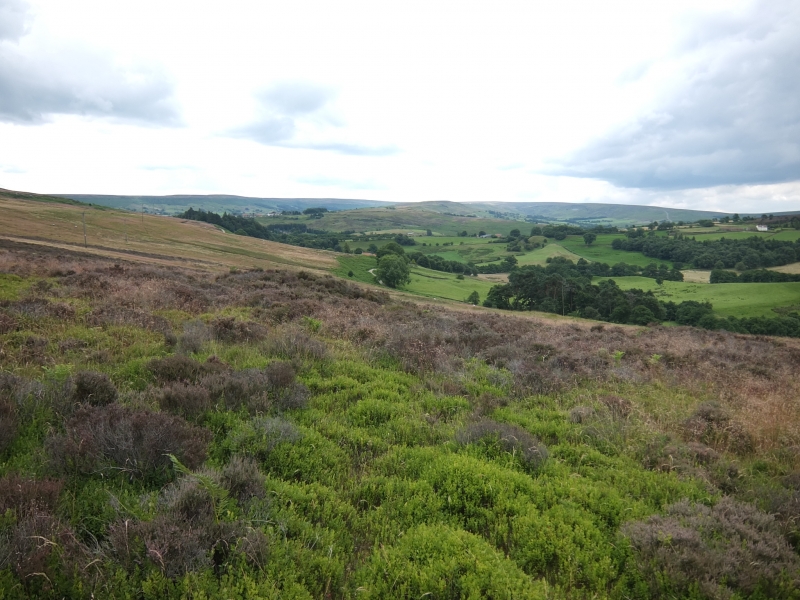 The monument includes the buried and earthwork remains of a small prehistoric
burial mound sited on a south west facing hillside below Three Howes Rigg. It
is the southern of a pair of barrows and lies in an area of dispersed
prehistoric field system remains that extends across the hillside, mainly to
the south east.
The barrow, which is not prominently sited, is just over 7m in diameter,
standing up to 0.5m high. It is well preserved and shows no evidence of
disturbance by archaeological excavation.

Excavations of round barrows in the region have shown that they demonstrate a
very wide range of burial rites from simple scatters of cremated material to
coffin inhumations and cremations contained in urns, typically dating to the
Bronze Age. A common factor is that barrows were normally used for more than
one burial and that the primary burial was frequently on or below the original
ground surface, often with secondary burials located within the body of the
mound. Excavation has also shown that shallow ditches immediately encircling
the mounds are common, normally surviving as infilled features rather than as
earthworks. The infill of these ditches will also contain valuable information
about changes in the local environment from the Bronze Age onwards.
The barrow 570m north west of Box Hall is a good example of the smaller type
of Bronze Age round barrow that is sometimes found within areas of prehistoric
field systems. The majority of round barrows in the region were dug into by
19th century antiquarians in search of burials and artifacts, leaving behind a
central depression as evidence of their work. This barrow has escaped
excavation and is thus of particular importance.