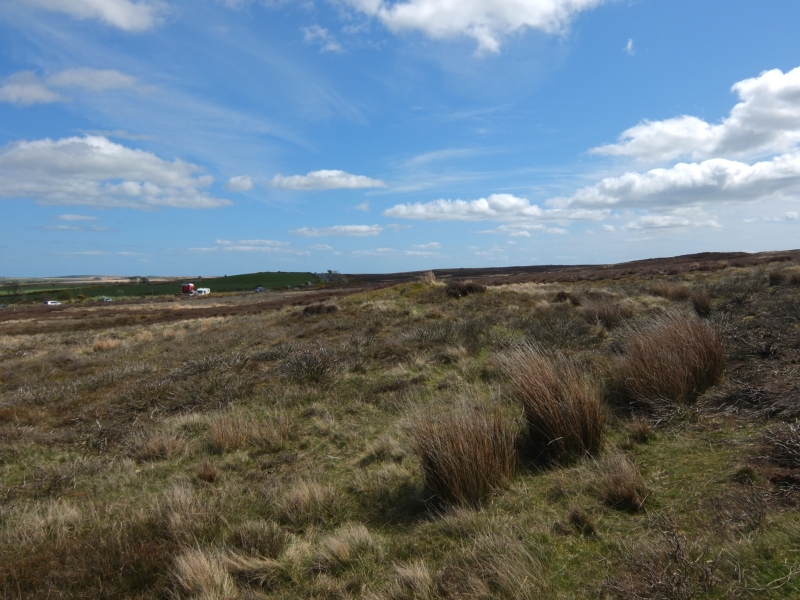 The monument includes a round barrow situated on a north facing slope at the
top of a ridge on the north edge of the North York Moors. The barrow has an
earthen mound 17m in diameter and standing up to 1.1m high. Unlike many other
barrows in this area the mound has not been excavated.
The barrow lies in an area rich in prehistoric monuments, including further
barrows, field systems and clearance cairns.

Unlike many barrows in this area the barrow 690m south west of Osborne House
has not been excavated and despite limited animal disturbance it survives
well. The archaeological deposits will be in a good state of preservation and
evidence for the date and original form of the barrow and the burials placed
within it will be preserved. Evidence for earlier land use will survive
beneath the barrow mound. The barrow is situated within a group of monuments
which includes a cross ridge dyke, a pair of hut circles and further burial
monuments. Such groupings of monuments offer important scope for the study of
the distribution of prehistoric activity across the landscape.