Round barrow on Gerrick Moor known as Herd Howe 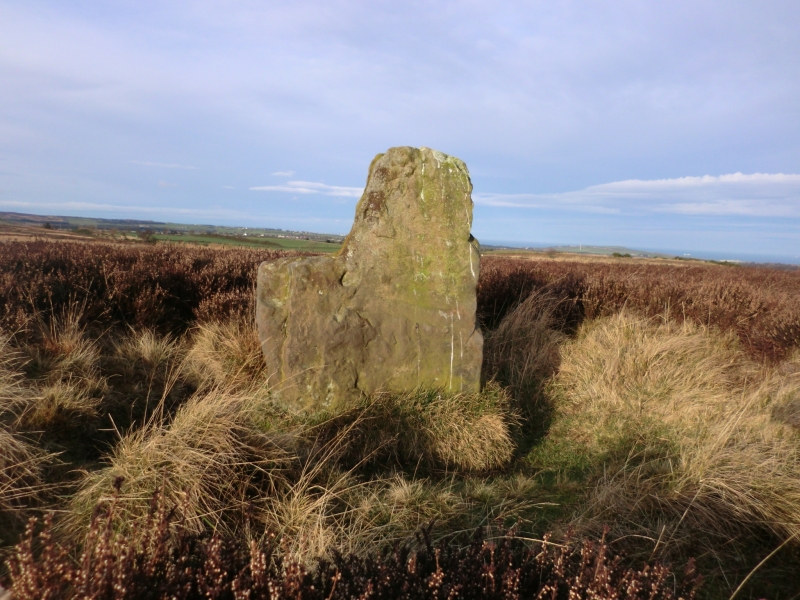 The monument includes a round barrow situated in a prominent position at the
top of a ridge on the north edge of the North York Moors. The barrow has an
earth and stone mound standing up to 2m high. It is round in shape and 22m in
diameter. The mound was originally surrounded by a ditch up to 3m wide which
has become filled in over the years and is no longer visible.
In the centre of the mound there is a hollow the result of partial excavation
by J C Atkinson in 1863. This revealed that the mound had been constructed
over a stone cairn which covered a pit dug into the soil beneath the mound,
containing a cremation deposit. The remains of ten further cremations were
found, eight of them within urns, and one of these was accompanied by a stone
battle axe. Other finds included pottery vessels, flint tools, two bone pins
and a bone needle.
The barrow lies in an area rich in prehistoric monuments, including further
barrows, field systems and clearance cairns.

Despite limited disturbance, Herd Howe survives well. Significant information
about the original form of the barrow and the burials placed within it will be
preserved. Evidence for earlier land use will also survive beneath the barrow
mound and within the buried ditch. The barrow is one of only a few in the
North York Moors known to contain a large number of burials and to include a
burial accompanied by a prestige item, in this case a stone battle axe. It is
also only one of a few which had a ditch surrounding the mound. Together with
other barrows in the area, it is thought to represent a territorial marker.
Similar groups of monuments are also known across the west and central areas
of the North York Moors, providing important insight into burial practice.
Such groupings of monuments offer important scope for the study of land
division for social and ritual purposes in different geographical areas during
the prehistoric period.