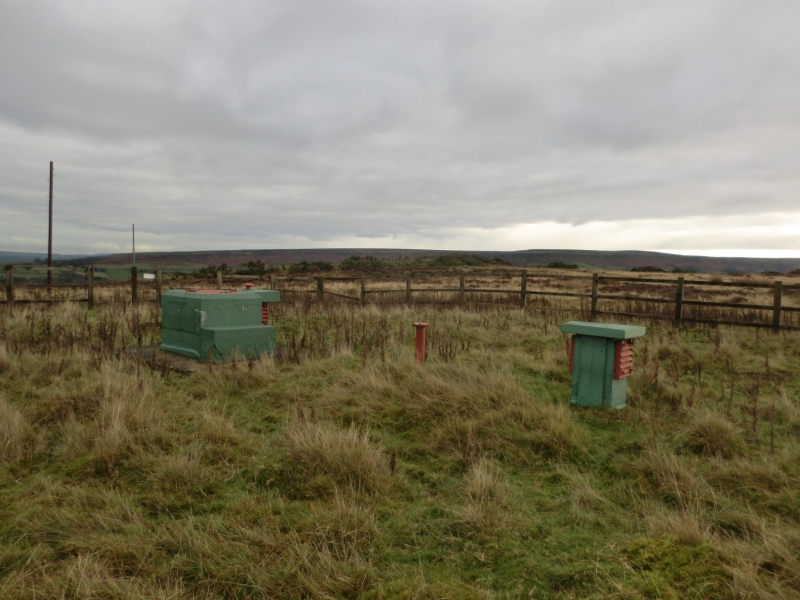 The monument includes the buried and earthwork remains of a prehistoric
cairnfield, located on Castleton Rigg, just west of the Castleton to
Hutton-Le-Hole road.
Gallow Howe cairnfield includes a scatter of at least nine grassed over cairns
up to 0.5m high and 7m in diameter, two of which are marked as tumuli (burial
mounds) on Ordnance Survey maps. The whole group lies to the east of and
above a small stone quarry, and is centred about 100m SSW of the site of
Gallow Howe round barrow, excavated in the 19th century. The northern of the
two cairns marked as tumuli is 7m by 5m rising to 0.5m high at its southern
end. About 25m to its west there are a pair of low mounds 9m apart, both about
3m in diameter and 0.3m high, and a further 20m WSW, just east of the northern
edge of the quarry, there is a 6m diameter crescent shaped cairn which faces
northwards. The southern cairn marked by the Ordnance Survey is round, but
smaller, 4m in diameter and 0.3m high. A lower mound, 2m in diameter, lies 10m
to the south west. Just north east of a boundary stone to the south of this
pair of cairns there is a circular mound 5m in diameter and 0.4m high. Just
east of the top of the quarry, about 25m west of this circular cairn, there is
an elongated, irregular cairn 5m long, rising to 0.5m high. A further slight
circular mound 2m in diameter lies between this irregular cairn and the
boundary stone to the east.

Gallow Howe cairnfield is a surviving remnant of the prehistoric field system
which is believed to have originally covered much of Castleton Rigg. The
cairns will overlie and preserve prehistoric soil horizons which will provide
information about the local environment. The monument's importance is
heightened by the survival of another group of cairns and larger burial mounds
downhill and 650m to the west. This group, north of Carr House, is the subject
of a separate scheduling.