Churchyard cross in All Saints' churchyard

A Scheduled Monument in Hoby with Rotherby, Leicestershire 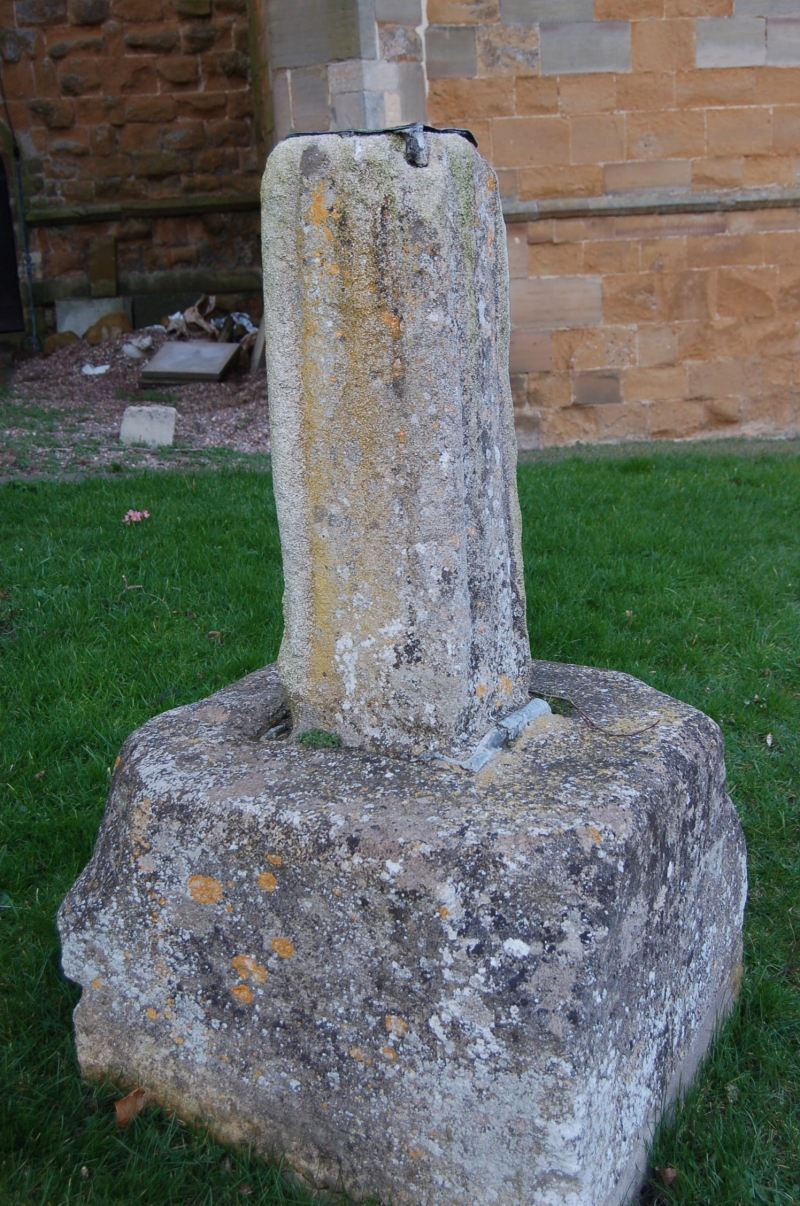 The monument includes a standing stone cross located within the churchyard of
All Saints' Church, approximately 6.5m south of the south porch. The cross,
which is Listed Grade II, is medieval in date and includes a socket stone and
part of a shaft.
The socket stone is approximately 0.75m square and 0.6m high with stepped
corner mouldings. Set into the centre of the socket is a stone shaft, 0.8m
high, of tapering square section with moulded, rounded angles. The stump of
the shaft is surmounted by a later sundial. The full surviving height of the
cross is approximately 1.55m. The cross is clearly depicted in an engraving
dating to 1792 showing the south western aspect of the church.
The kerbstone and gravel surface of the pathway which lie immediately to the
east of the cross are excluded from the scheduling, although the ground
beneath them is included.

The churchyard cross in All Saints' churchyard represents a good example of a
medieval standing cross marking a graveyard. Situated to the south west of the
south porch it is believed to stand in or near its original position. Limited
activity in the area immediately surrounding the cross indicates that
archaeological deposits relating to the monument's construction in this
location will survive intact. The cross has not been restored and following
adaptation as a sundial has continued in use as a public monument and amenity
from medieval times to the present day.