Village cross at the western end of Main Street

A Scheduled Monument in Frisby on the Wreake, Leicestershire 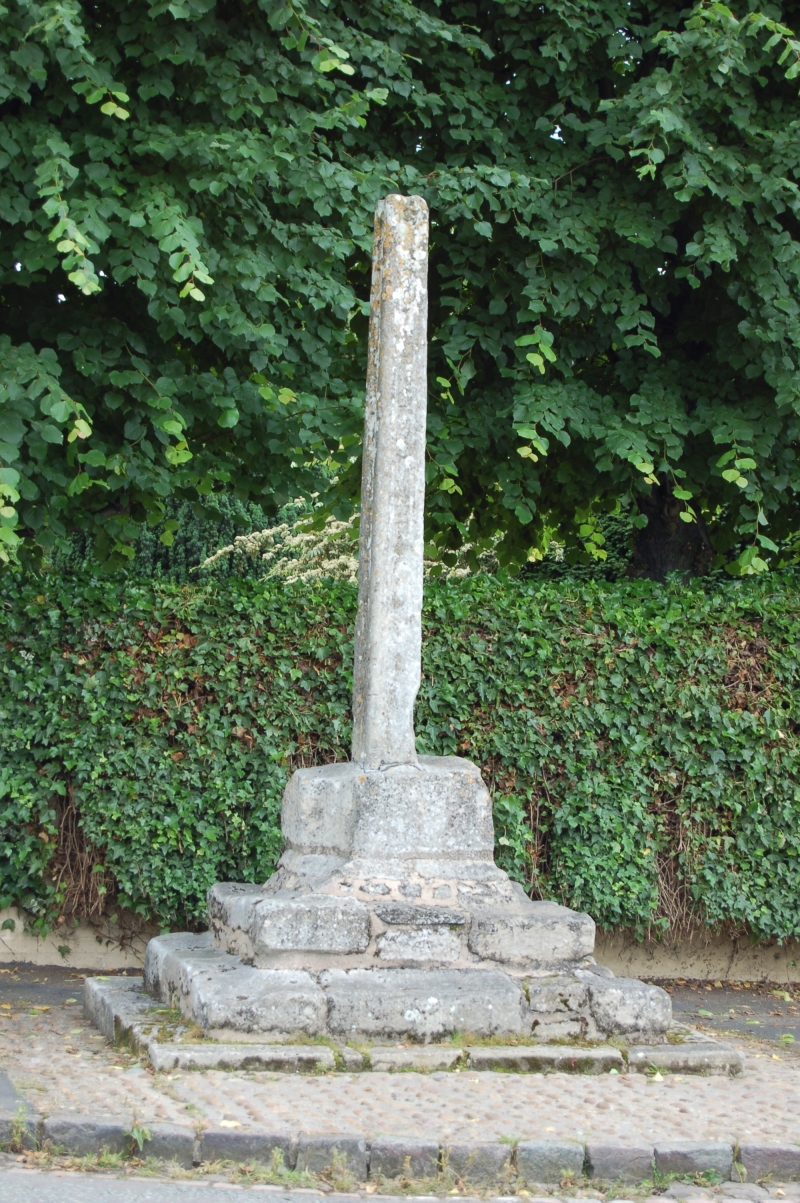 Civil Parish: Frisby on the Wreake

Built-Up Area: Frisby on the Wreake

The monument includes the village cross, a standing stone cross in a cobbled
area at the western end of Main Street. It is of stepped form and is
principally medieval in date with late-19th century repairs. The monument is
Listed Grade II and includes a base, consisting of three steps and a socket
stone, and a shaft.
The steps are roughly square in plan and are constructed of ashlar blocks.
Documentary references indicate that they were restored in the late-19th
century. On the uppermost step stands the cube-like undecorated socket stone,
0.82m square and 0.44m high. Set into the socket stone is the stone shaft
which has a tapering, square section and angle roll mouldings. These mouldings
define long thin panels on each of the four faces of the shaft which are
decorated with a pattern of fleurons (flowerlike ornaments). The top of the
shaft is now flat and it is missing its cross-head, but the shaft is thought
to stand to its original height of 2.6m.
The cross is traditionally known as a market and preaching cross and is
believed have been erected in the mid-14th century about 7m to the west of its
present location, in the centre of the road, but was moved in 1981.
The cobbled and tarmac surfaces which surround the cross and the surface of
the modern road are excluded from the scheduling, although the ground beneath
these features is included.

Village cross at the western end of Main Street is a good example of a
medieval standing cross with a stepped base. The western end of Main Street
was the former marketplace, and the cross stands near to its original position
and retains the setting in which it was originally constructed. While most of
the cross survives from medieval times, its subsequent restoration illustrates
its continued function as a public monument and amenity.