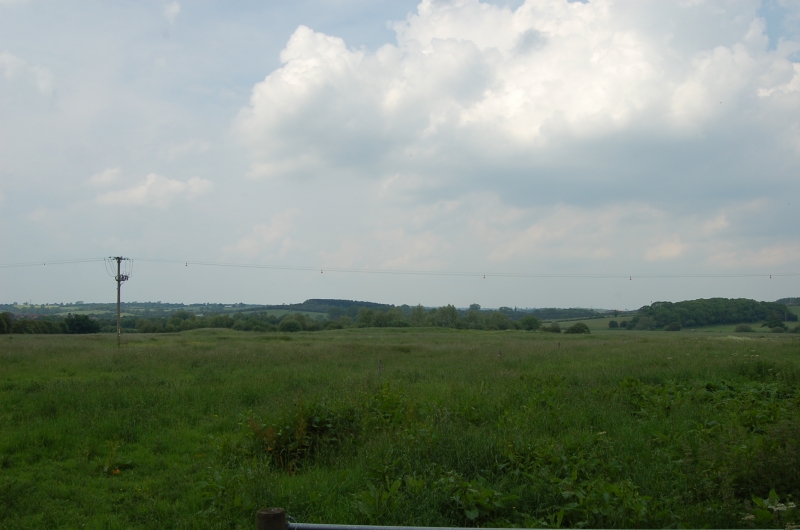 The site at Kirby Bellars is situated on low lying ground on the west bank of
the River Wreake, 3km west of Melton Mowbray, and includes the earthworks of
an Augustinian priory comprising a moated site and boundary banks and ditches.

The earthworks cover an area measuring almost 200m square to the north of St
Peter's church. The centre of the monument is occupied by a square moated
site, currently dry, measuring approximately 100 x 100m in overall dimensions.
The east and western arms of the moat measure between 16-18m wide and are up
to 3m deep. The southern arm of the moat has been infilled and the northern
arm partly infilled. Connecting channels indicating the water management
system run from the north-east and south-east corners of the moat. The surface
of the moat island has an uneven appearance and will contain the remains of
buildings. Two small mounds less than 0.5m high connected by a low bank are
situated on the eastern side of the island. Surrounding the moat is a ditch of
about 3m wide, an inner bank of up to 1m high, an outer of less than 0.5m high
on three sides and a low bank on the western side. This is extended northwards
from the north-east corner, surviving for 25m as a bank 6m wide and 0.5m tall.
To the south of this enclosure are two banks flanking two ditches of similar
dimensions which extend for some 60m towards the churchyard wall and
continuing for a further 50m around the churchyard to the west. A further
enclosure is created on the south eastern side of the site by a ditch with an
outer bank measuring 0.5m and an inner measuring up to 2m.

The priory of Kirby Bellars was founded as a chantry in 1316, becoming an
Augustinian priory in 1359. The priory church was a separate chapel having the
same dedication as the church to the south. By 1440 the priory possessed a
chapter house. The religious house was dissolved in 1534.

The site of Kirby Bellars priory is an unusual example of a moated religious
house. The moat island will retain evidence of the priory buildings.