A Scheduled Monument in Hoby with Rotherby, Leicestershire 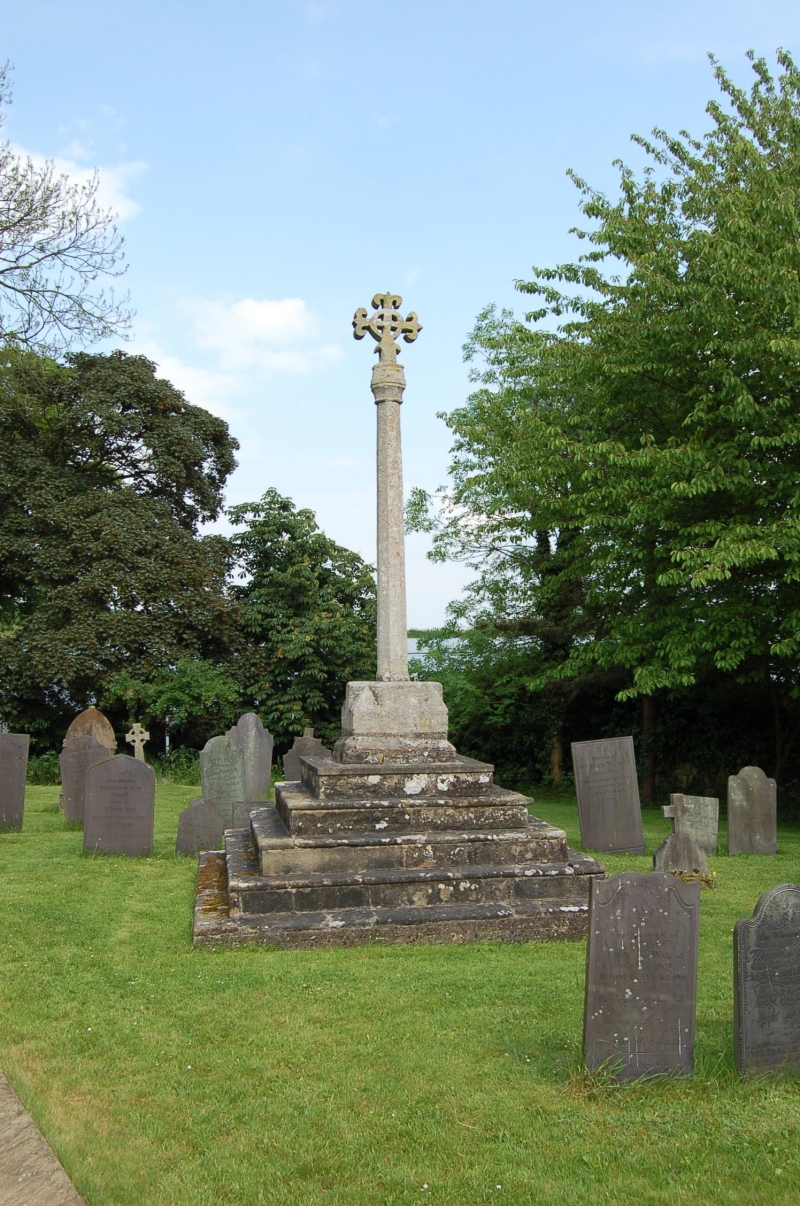 The monument includes a standing stone cross located within the churchyard of
All Saints' Church, Ragdale, approximately 4m south east of the south porch.
The cross is of stepped form and is medieval and later in date. It includes
the base, consisting of five steps and a socket stone, the shaft and an
ornamented head of modern date. The cross is Listed Grade II*.
The steps are square in plan and are constructed of ashlar blocks. On the
uppermost step is the socket stone, approximately 0.8m square and 0.4m high,
with moulded and chamfered corners. Set into the socket stone is a stone shaft
of square section at the base with chamfered corners tapering upwards in
octagonal section to an ornamented knop. Above this is the cross-head which
has replaced the original medieval head; it takes the form of a stone crucifix
with fleur-de-lys decoration at the end of each arm. The full height of the
cross is approximately 4.7m. It is believed to have been erected in the 14th
century and its location to the south east of the south porch suggests that it
stands in its original position.
The surface of the gravel path to the north of the cross and the grave markers
to the east and south are excluded from the scheduling, although the ground
beneath the path is included.

The churchyard cross at Ragdale is a good example of a medieval standing cross
with a stepped base and octagonal shaft located in or near its original
position. Limited activity in the area surrounding the cross indicates that
archaeological deposits relating to the monument's construction and use in
this location are likely to survive intact as buried features. While most of
the cross has survived from medieval times, the subsequent restoration of the
head illustrates the continued function of the cross as a public monument and
amenity.