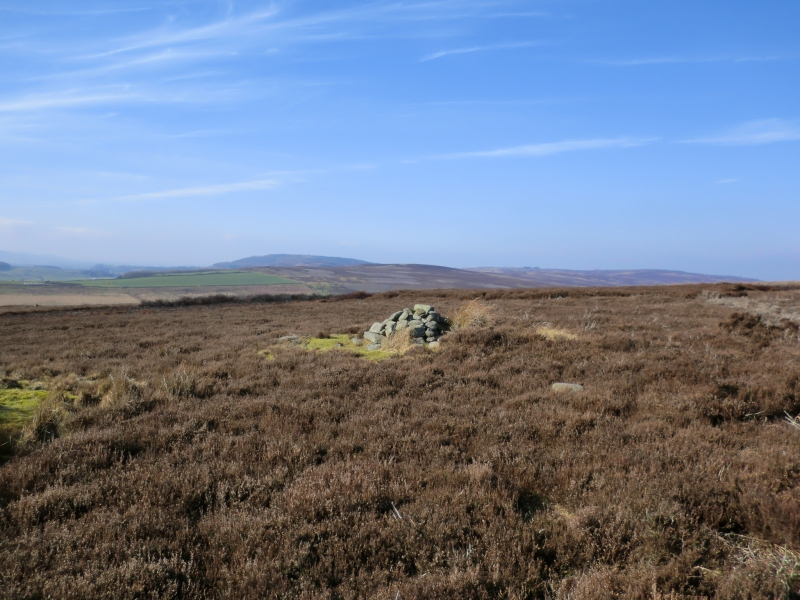 This cairn which is situated at the north western end of the stone circle was investigated in 1967 by the Teesside Archaeological Society and found to be built on the prehistoric land surface and is probably contemporary with the stone circle. During the investigation a number of flints were found within the cairn but no burials. Because of the way it was built it is thought to have had a ceremonial purpose rather than being just a clearance cairn. This photo was taken in February 2012