Hob on the Hill Boundary Stone 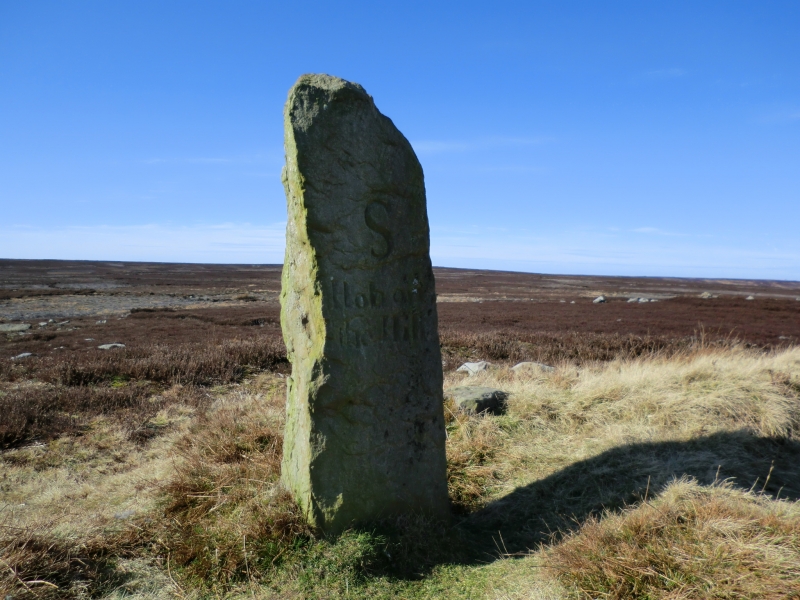 This view is of the east face taken in March 2012 . Not particularly clear because it is in shadow but written on this face is the letter S and the name "Hob on the Hill"