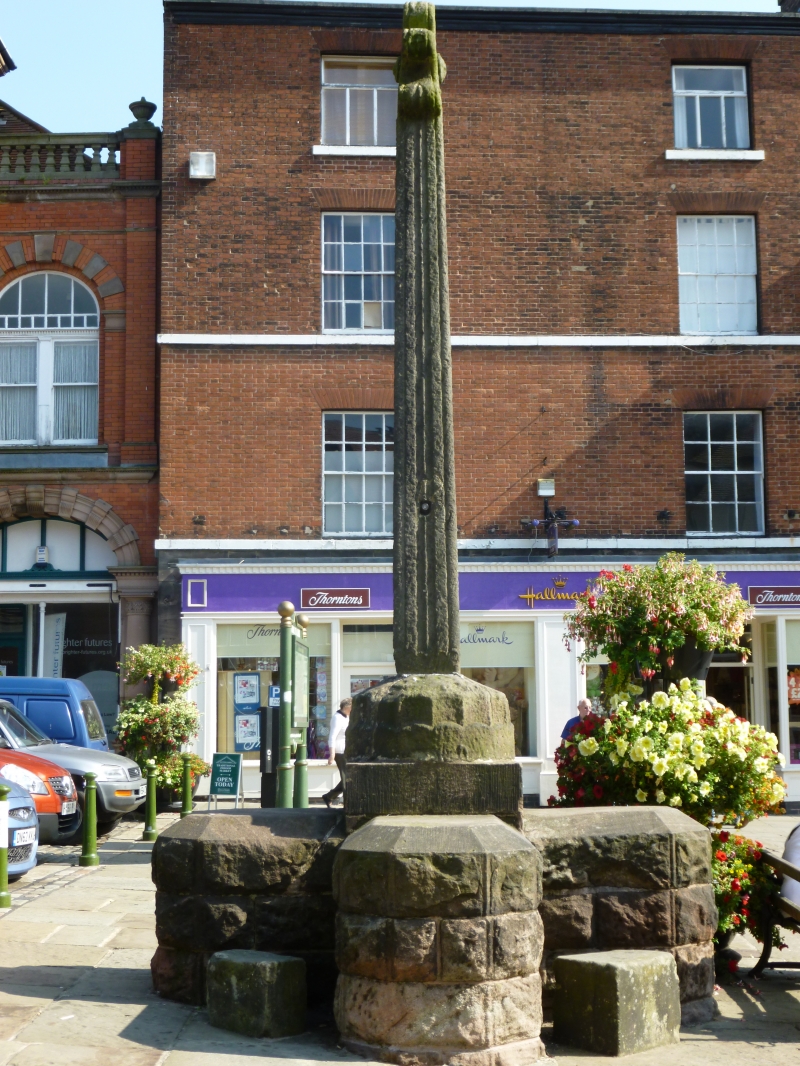 The monument includes the Market Cross, a standing stone cross located in the
southern part of the marketplace in the town of Leek. The cross is Listed
Grade II and includes a 19th century plinth, and a socket-stone, shaft and
head, which are post medieval in date.
The plinth is cross-shaped in plan and dates from the 19th century restoration
of the cross when it was moved from its original position in the town centre
to Leek cemetery. In 1986 the cross was returned to the town centre and
erected in a different location within the marketplace. The socket-stone rests
on the central part of the plinth and has a circular section with a scalloped
decoration around its base. Set into the middle of the socket-stone is the
shaft, square in section and fluted on all four sides. The shaft tapers
upwards to a knop; above which, is the cross-head. The head takes the form of
a crucifix with a raised central boss on the north and south faces. During the
19th century the name `JOLIFFE' (the family name of the Lords of Leek during
the 16th century) was visible on one arm of the cross-head. The shaft and the
head, together, stand approximately 3.6m high.
The modern paving around the cross and the street furniture are excluded from
the scheduling, although the ground beneath these features is included.

The market cross in Leek is a good example of a post-medieval standing cross
with an ornamental socket-stone and a complete cross-head. While much of the
cross survives from post-medieval times, subsequent restoration has ensured
that the historical context of the cross as a focal point and public amenity
within Leek town centre has continued to the present day.