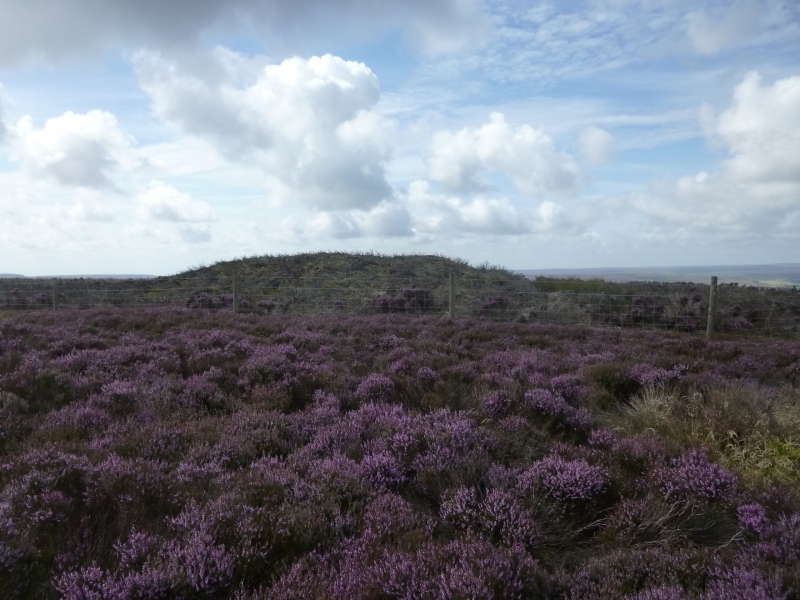 The monument includes a bowl barrow which is the central barrow in a line of
three on Sneaton High Moor.
The mound is 1.75m high and measures 20m in diameter. There are traces of a
ditch 2m wide on the circumference of the base. The top of the mound has been
excavated to leave a hollow 5.5m wide and 0.8m deep.
In the hollow there is a boundary stone, now recumbent, which was set in the
top of the mound.

The central barrow of Foster Howes survives well in spite of the evidence of
robbery shown by the hollow in the top. It contains further archaeological
remains.