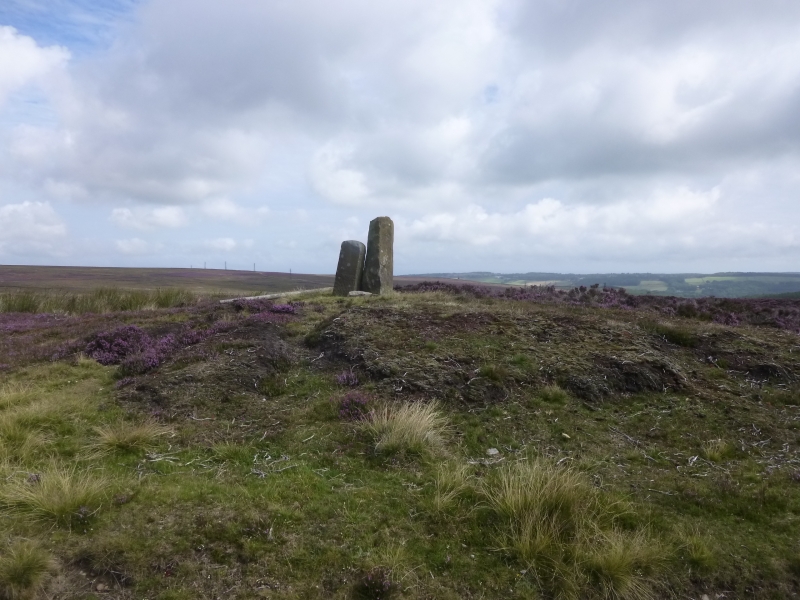 The monument includes a bowl barrow known as Robbed Howe which is one of a
group of bowl barrows on Widow Howe Moor, part of Sneaton High Moor.
The mound stands 0.45m high and measures 13m in diameter at the base. The top
has been hollowed and a boundary stone inserted in the hollow. The mound was
constructed of earth and stone and has been partially disturbed by the later
insertion of a boundary stone.

Robbed Howe bowl barrow survives as a mound with a boundary stone inserted in
the top. Although partly disturbed by this later activity it still contains
archaeological remains and can be considered in the context of the scatter of
barrows on Sneaton High Moor.