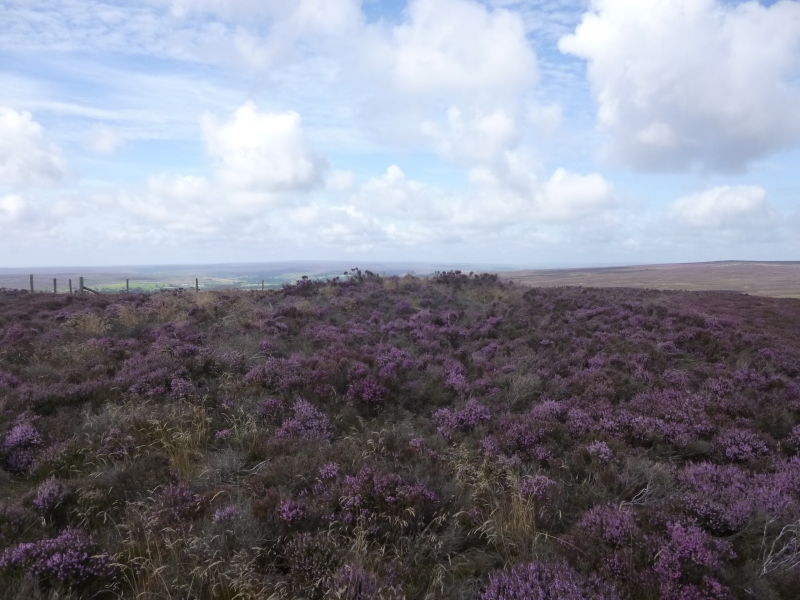 The monument includes a bowl barrow which is the northern one of a group of
three known as Foster Howes on Sneaton High Moor.
The mound is composed of soil and stones and is presently 0.75m high and 12m
in diameter. There are traces of a ditch around the mound visible on the south
side. The ditch is 2m wide where visible.
The top of the mound has been excavated leaving a hollow.

The northern barrow of the three known as Foster Howes survives well in spite
of the evidence of robbery shown by the crater in the top of the mound. There
will still be valuable archaeological deposits in the structure.