A Scheduled Monument in Stanton, Staffordshire 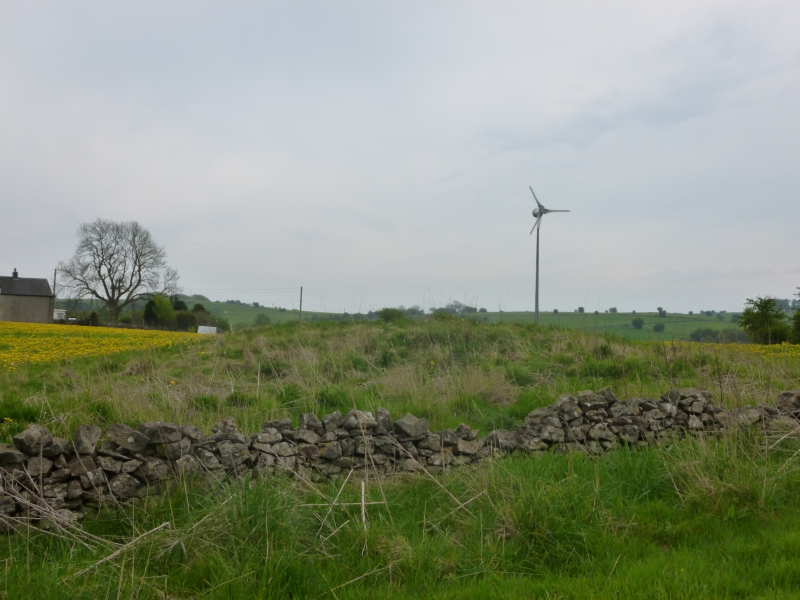 The monument includes a bowl barrow located on the north-east side of the
north-west end of a ridge crest 190m north of Dale Abbey Farm. It survives as
an oval stone and earth mound up to 0.7m high with maximum dimensions of 16.5m
by 12m. There is an irregularly-shaped shallow pit 0.1m deep at the barrow's
centre and evidence of slight robbing or erosion on all sides other than the
north-west. Limited antiquarian investigation at the barrow's centre located
two cremations in a line on the old landsurface. The bones were only
partially burnt leaving the skeletons partly intact. Unburnt parts of a human
skull and some teeth were found disturbed by the southerly of the two
cremations. Flint flakes and a sherd of pottery were found near the barrow's
surface.

Despite minor robbing or erosion to the barrow sides and limited antiquarian
investigation at the centre of the mound, the bowl barrow 190m north of Dale
Abbey Farm survives well. This investigation located human remains, flints
and pottery, and further evidence of interments and grave goods will exist
within the barrow and upon the old landsurface.