A Scheduled Monument in Waterhouses, Staffordshire 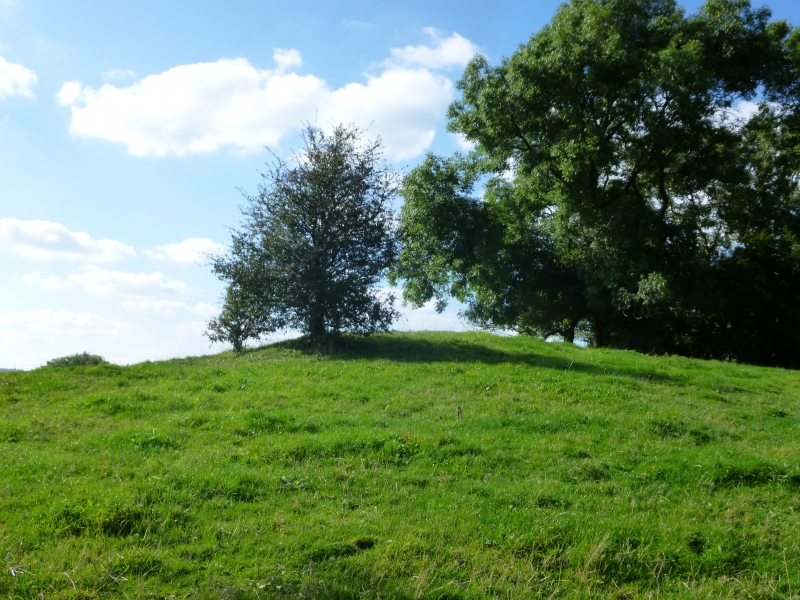 The monument includes Lamber Low bowl barrow located on the crest of a
knife-edge ridge some 320m east of Field House Farm. It survives as a
slightly oval mound of stone and soil up to 1.2m high with maximum dimensions
of 15.5m by 13m. A tumbled drystone wall crosses the barrow on a north-north-
west/south-south-east alignment. A shallow pit 2m in diameter by 0.2m deep
lies adjacent to the wall slightly southwest of the barrow's centre and
indicates the site of an antiquarian investigation. This investigation
located a rectangular cist constructed of limestone and sandstone slabs and
measuring 0.9m by 0.6m and 0.65m deep. The cist contained a contracted adult
inhumation laid upon the bedrock. Beneath the shoulder were two flint
artefacts. Numerous small pebbles, the leg bone of a large dog and a little
charcoal were also found in the trench.
The remains of the drystone wall are excluded from the scheduling but the
ground beneath it is included.

Despite limited antiquarian investigation Lamber Low bowl barrow survives
reasonably well. This investigation located human and faunal remains and
flint artefacts, and further evidence of interments and grave goods will exist
within the barrow and upon the old landsurface.