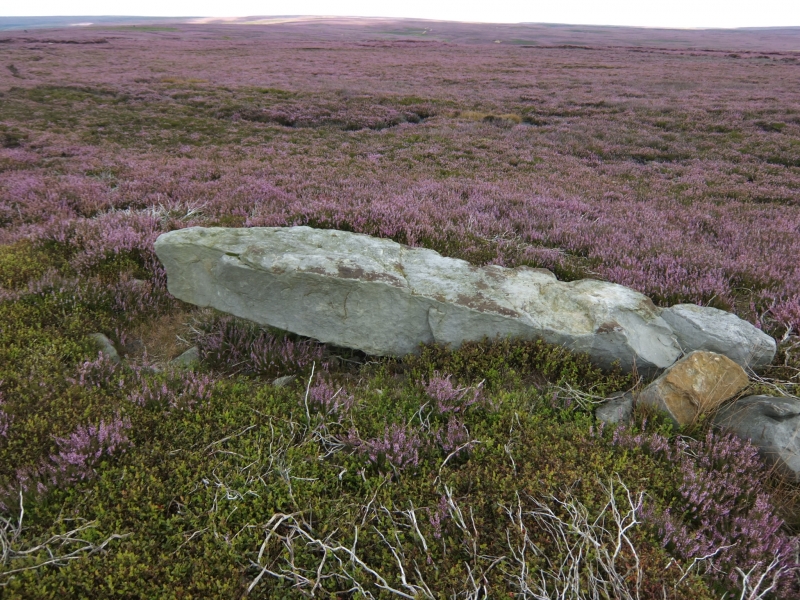 Despite disturbance both these barrows have survived well. Significant
information about the original form, burials placed within them and evidence
of earlier land use beneath the mounds will be preserved. The boundary stone
was a prominent landmark on the Moors and the name Hanging Stone may indicate
the site of gallows at this location.
Together with adjacent barrows this monument is thought to represent a
territorial marker. Similar groups of monuments are also known across the
north and central areas of the North York Moors, providing important insight
into burial practice. Such groupings of monuments offer important scope for
the study of the division of land for social, ritual and agricultural purposes
in different geographical areas during the prehistoric period.